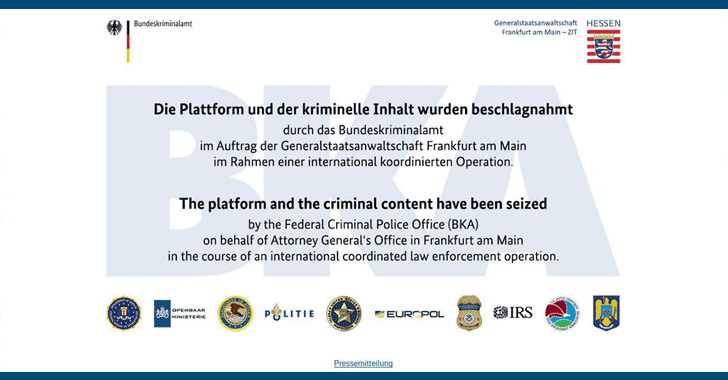 Police in western Germany has also arrested three men who were allegedly running Wall Street Market, the world’s second largest dark marketplace with more than a million users and 5,400 vendors.

Besides this, the operation involving Europol, Dutch police and the FBI also led to the arrests of two major suppliers of narcotics via the Wall Street Market site in Los Angeles, the United States.

According to the Europol, the police officers seized the computers used to run the illegal market place, along with more than €550 000 (£472,000 or $621,000) in cash, more than €1 Million in Bitcoin and Monero cryptocurrencies, expensive cars, and other evidence. 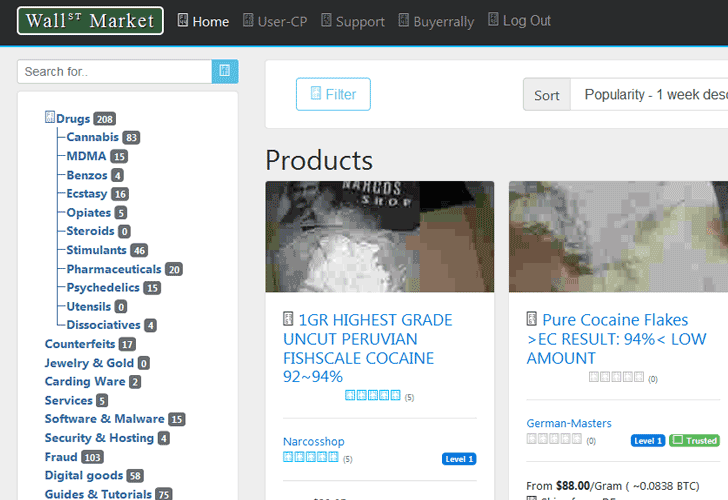 In a press release published today, Europol also revealed that Finnish authorities shut down the Silkkitie marketplace earlier this year, which was operating since 2013 on The Onion Router (Tor) network and was “one of the oldest and internationally best-known Tor trade sites.”

Based on the findings of the investigation, Finnish Customs also seized a significant amount of Bitcoin, following the shut down of Silkkitie, known as the Valhalla Marketplace.

“After the Silkkitie (Valhalla) site was shut down by the authorities, some of the Finnish narcotics traders moved their activities to other illegal trade sites in the Tor network, such as Wall Street Market,” Europol says.

According to the press release, over 63,000 sales offers were placed on the Wall Street Market most recently, and over 1.1 million customer accounts and more than 5,400 sellers were registered. The site’s administrators charged 2 to 6% commission on sales.

The Department of justice today charged the three men arrested in Germany with two felony counts—conspiracy to launder monetary instruments and distribution, and conspiracy to distribute controlled substances.

According to the DoJ, the Wall Street Market administrators allegedly conducted an “exit scam” last month when they took all of the virtual currency held in marketplace—believed by investigators to be approximately $11 million—and then transferred it to their own accounts.