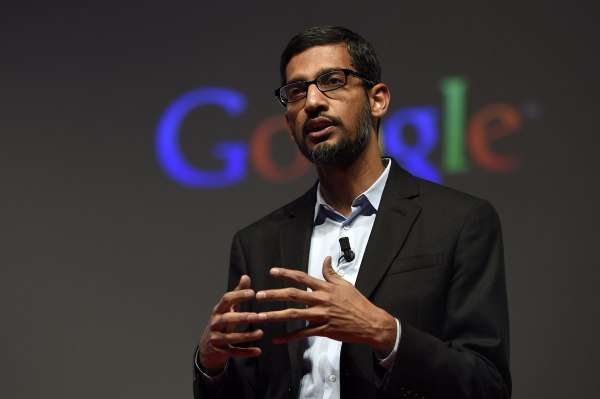 More than 95 percent of the smartphones that ship in India run Android, according to industry estimates. Now the Indian antitrust watchdog is convinced that the nation should investigate whether Google is abusing the dominant position of its mobile operating system to hurt local rivals.

The Competition Commission of India (CCI), the local antimonopoly regulator, began looking at Google’s Android business in India last year after it received a complaint from unspecified people. Last month, the regulator preliminarily found that Google had abused the dominant position of Android in the nation, and thereby ordered its investigation unit to conduct a full-investigation, according to a report by Reuters, which cites unnamed sources.

In a statement to TechCrunch, a Google spokesperson said that the company looks forward to working with the CCI. “Android has enabled millions of Indians to connect to the internet by making mobile devices more affordable. We look forward to working with the Competition Commission of India to demonstrate how Android has led to more competition and innovation, not less.”

The investigation, not the first of its kind, will take about a year to conclude and could see Google executives be summoned before the regulator, the news agency reported. The CCI has not publicly commented on the probe.

If found guilty, Google may be fined up to 10 percent of its local revenue or 300 percent of its net profits. Even as India has emerged as one of Google’s largest markets in recent years, the company makes relatively a tiny amount in the nation. It clocked $1.4 billion in revenue in India in the year that ended in March 2018, according to regulatory filings, compared to over $100 billion it generated globally in a comparable time period.

The specific accusations, as well as identity of those who filed the complaint, remain unclear.

With the launch of this investigation, India is joining the EU, which continues to look at several businesses of Google — including Android — to ensure that the company is not abusing its dominant position in the market. Earlier this year, the EU regulators concluded that Google had forced its OEM partners to prebundle a number of apps including Google Search, Chrome browser, and Google Play Store on their Android handsets.

Following the verdict, which Google has appealed, the Android maker announced it will give users more choices for browsers and search engines.

India’s regulator has previously investigated Google’s search business and Apple’s partnerships with local carriers for sale of iPhones. Apple’s iOS has tiny market share in India, where most people have annual income of less than $2,000.