Don’t like the idea of your baby guzzling down liquid candy all day? It may surprise you to find corn syrup is the main ingredient in most infant formulas in the U.S. That’s where Bobbie, a Bay Area-based baby formula delivery startup promising only wholesome ingredients hopes to fill in.

Just go down the baby food aisle of any supermarket in America and start reading the ingredients and you’ll likely find corn syrup, soy bean oil, glucose syrup, maltodextrin and palm oil at the top. Even “organic” options often add these ingredients.

While it’s high fructose corn syrup we should be most concerned with when it comes to diabetes (and some doctors might even recommend adding some sort of syrup to your baby’s diet to combat constipation), corn syrup is not something some parents may want their baby guzzling down all day. 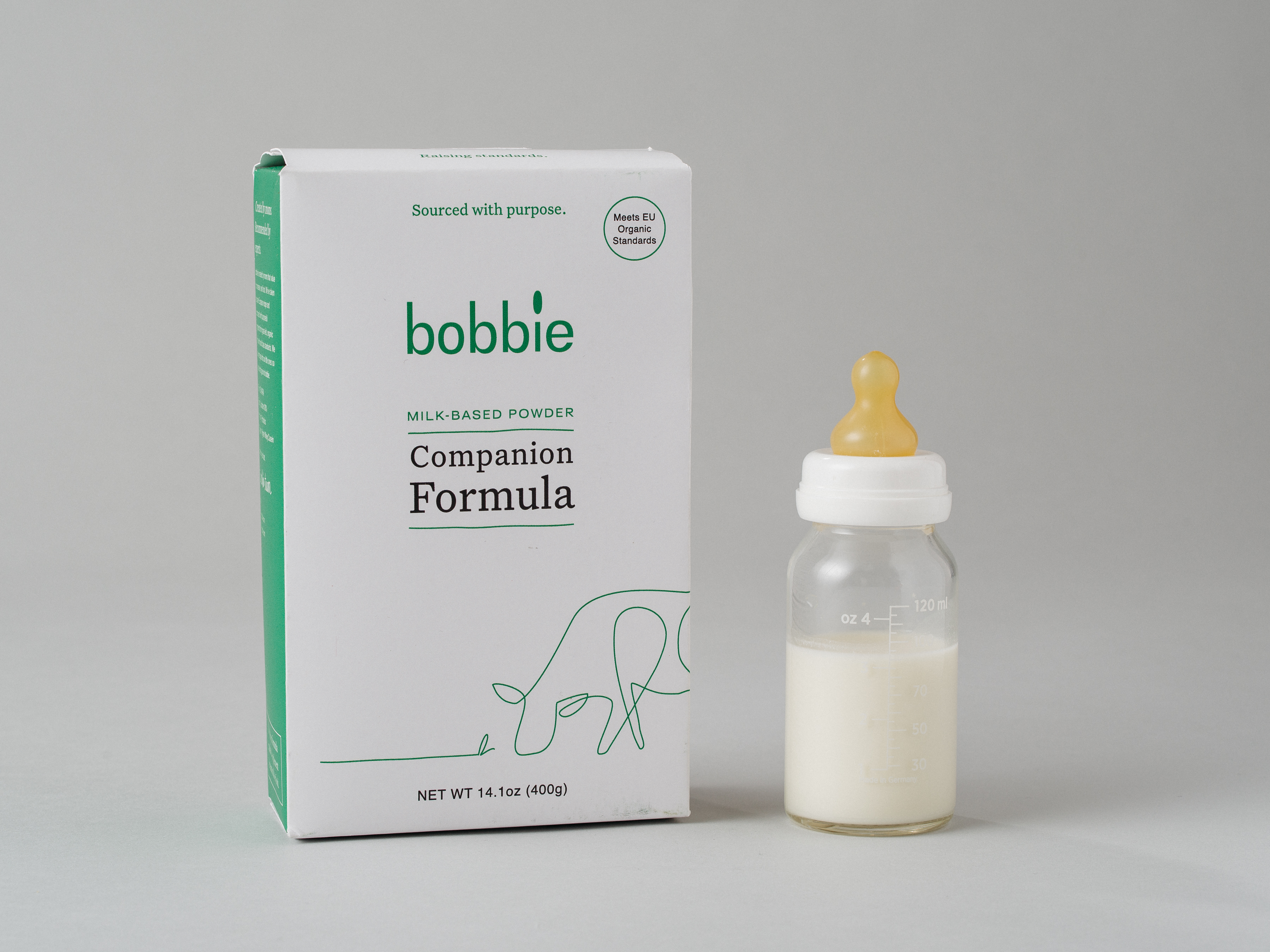 Touting itself as “European” style, Bobbie’s first product features fresh, grass-fed cows milk as the main ingredient. What it does not include, however, is key for the concerned parent. There’s zero corn syrup, maltodextrin or other artificial sugars or unhealthy oils.

Of course, some baby’s might not be able to stomach the lactose from bovine sources but grass-fed and corn syrup-free is music to the ears of many parents (me included) who’ve resorted to ordering bulk from Germany just to avoid feeding our kids Snickers in a bottle.

Yes, it seems crazy to order all the way from Europe when there are so many choices here in the U.S. – and there are some formula manufacturers here making an effort to offer better options – but finding something that meets the simple standard of no sugar, corn syrup or processed oils in the baby food is weirdly difficult.

The other nugget Bobbie provides is delivery. Heaven knows every second is precious when you are a new parent. Delivery can be an especially big help in maintaining some semblance of order in those early days. Sure, Amazon delivers many baby things — it even ships the popular, German-based Hipp brand of formula — but it comes at a premium price and will only ship in bulk.

You can also get the European brands delivered straight from sites like Organic Start, Huggable and a number of others easily Googled. But for those wanting something local, slightly less expensive and with presumably less of a carbon footprint than shipping from another continent, Bobbie is here for you (and we’re told will be delivered with a soft knock on the door, in case baby is sleeping).

The company was founded by two San Francisco moms and former Airbnb operation leaders Laura Modi and Sarah Hardy. Both found out how hard it was, after returning from maternity leave, to pump each day while keeping up with the demands of the job. However, neither of them liked the formula options they found at the grocery store for their own little broods.

Modi and Hardy thought it was time to give parents a more local choice in healthy formula. The two founded the company in 2018 and pulled in $2.5 million in funding last year from Bolt Capital, Nextview Ventures, Lakehouse, and Precursor while Modi was pregnant, closing the round a week before giving birth to her baby boy.

Bobbie will (appropriately) begin taking orders this Mother’s Day. Unfortunately, Bobbie only delivers to the Bay Area for now. However, those interested can order one 400 g trial box for $27, which should make about 22 bottles at 6 ounces per bottle, according to a company spokesperson. You can also sign up for the subscription package for $23 per box.

Bobbie Baby – Evolving the conversation of parenthood from Laura Modi on Vimeo.