From regular folks, to movie stars, to presidents of countries, the insanely popular micro-blogging social network Twitter is used by just about anyone and everyone. As one of the top ten websites in the world, Twitter handles millions of tweets, re-tweets, direct messages etc. on a daily basis. But if you think that only “real” people use Twitter, you are kinda mistaken.

Say hello to Twitterbots, which are programs designed to do things like posting automated tweets, following random users, and more. Now, because of how they work, Twitterbots are generally considered as spammy. However, not all of them are bad, and some can be actually useful, and even funny.

As you might’ve guessed, we’ve compiled a listing of some of the best Twitter bots that are totally worth following. So without further ado, here they are. 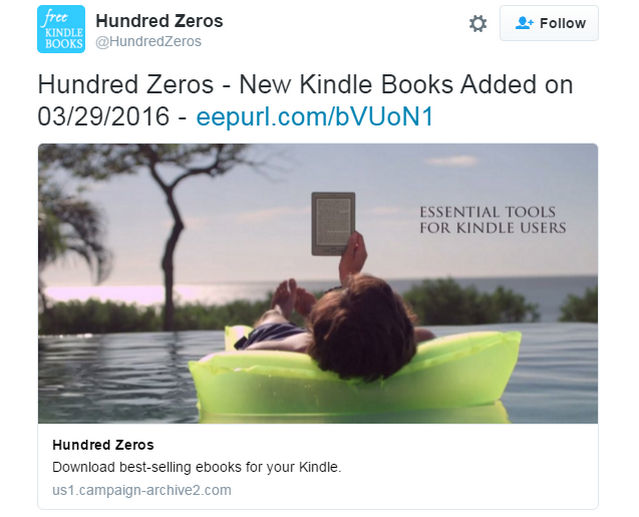 Amazon has probably the biggest collection of eBooks. But if you’re looking for some really good eBooks, they’ll probably be paid, right? Not really, at least according to HundredZeros, which is a Twitterbot that regularly tweets links to the eBooks that are free on Amazon. If you love your Kindle, this is a bot you should really follow. 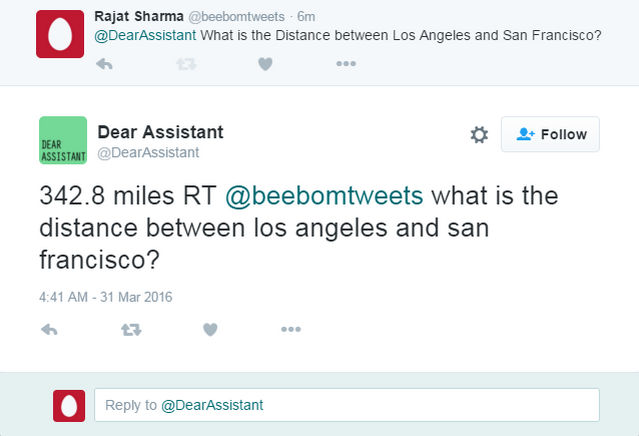 Virtual assistants like Cortana, Siri, and Google Now are super cool in our smartphones, but if you want some of that help on Twitter? No problem, as DearAssistant is there to help. Ask just about any question, and it will tweet a pretty detailed response quickly. You can ask queries like distance between two places, definition of specific terms, and things like that. 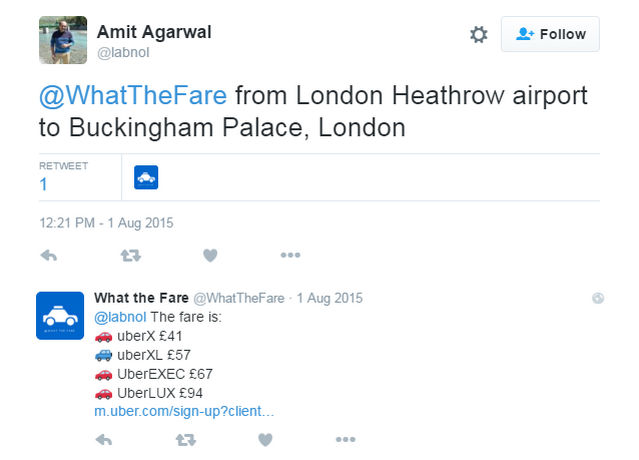 Uber has revolutionized the way we book rides for commuting between different places. And if you quickly want to find out the Uber fare between two points, simply send a tweet to WhatTheFare, and the Twitterbot will tweet back with the estimated Uber fare between the specified pick-up and drop-off locations. All Uber cities are supported. 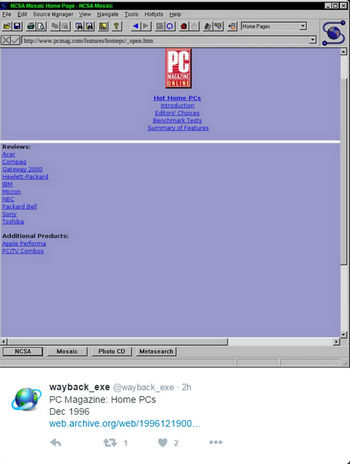 Ever wanted to know what came before the fancy websites and ultra-modern web browsers of the present? You need to follow wayback_exe, which is an amazing Twitterbot that generates screenshots of old websites in old browsers, and tweets them every two hours. It utilizes data from the Wayback Machine digital archive to do so. 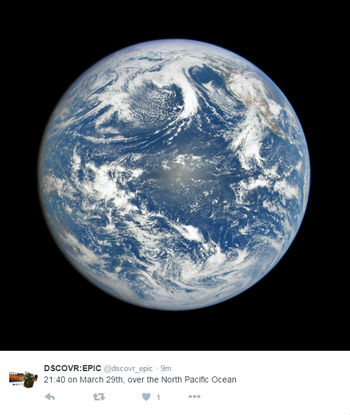 Although the entire space is incredibly amazing and beautiful, our Earth can be considered special, for its our true home. And what better way to start (or end) the day, than seeing that home from space? Follow the dscovr_epic bot, which tweets random images of the Earth, as captured by NASA’s DSCOVR satellite, complete with the time and location over which they are taken. Although images aren’t any different from each other, they are consistently breathtaking. 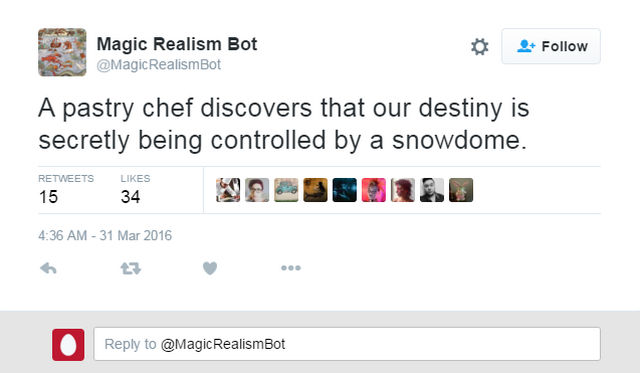 Magic realism argues the acceptance of magic, as well as its importance in the real world. And if that’s something you find quite funny, you are going to have a fun time reading the tweets made by the MagicRealismBot, which takes random practices or tasks, and over exaggerates them with some sort of magic. It might not seem that way, but it’s really funny. 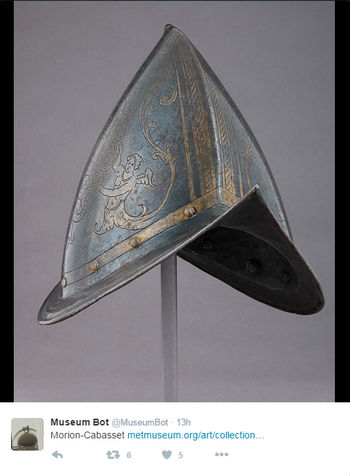 Who doesn’t like museums? They are fascinating places, depicting the amazing relics of our past, encompassing everything from art to history. This is why the MuseumBot is one Twitterbot that’s absolutely worth following. It tweets a random, high-resolution image from the Metropolitan Museum of Art, four times a day.

Headlines are essential for keeping ourselves updated with the latest happenings around the world. But what happens when you take two completely unrelated headlines, and randomly mash them together? To find out, simply follow TwoHeadlines, which mixes headlines about two different topics and tweets the result. You’ll have a hard time keeping yourself from bursting with laughter.

If you have a fascination with poetry, especially the works of the great William Shakespeare, pentametron is a no brainer. While the Twitterbot does not exactly post tweets, it searches tweets that have been written using the Iambic pentameter metric line, and then re-tweets them one after the another. Sounds confusing? Well if you understand poetry and the nuances of English, it’s amazing. 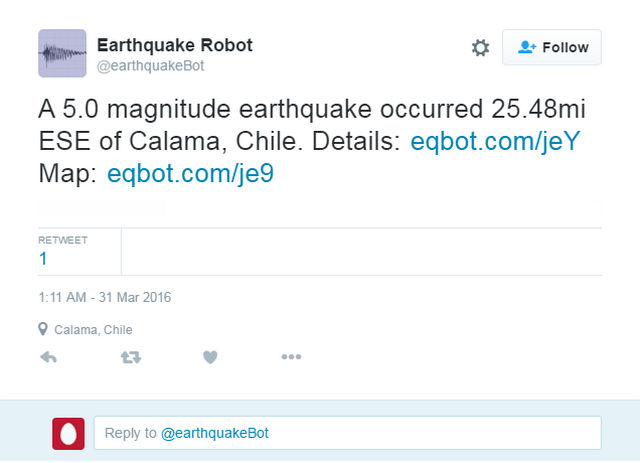 Earthquakes happen all around the world, and cause major destruction to life and property. And while natural disasters are beyond anyone’s control, knowing about them in a timely manner can help. The EarthquakeBot is programmed to tweet any earthquakes that measure 5.0 or more on the Richter Scale, as they happen. Extremely useful, but this is one bot we’d want to stay as inactive as possible. 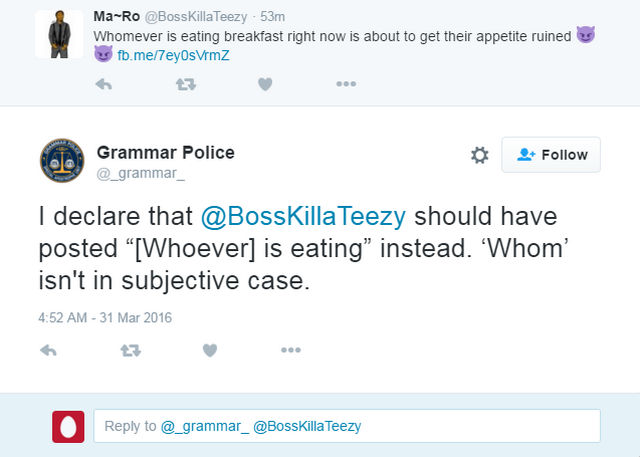 Don’t know about you guys, but as a self-proclaimed Grammar Nazi, this is my favorite Twitterbot. And if the name Grammar Police isn’t still doesn’t explain everything, _grammar_ detects tweets that have improper usage of grammar, and then posts solutions. This one is a must for today’s social network addicted generation. 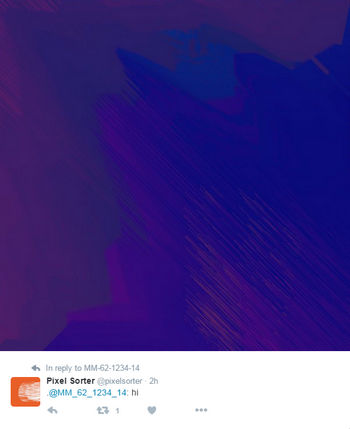 Do you like abstract images? Then pixelsorter is just the thing for you. Simply attach an image to a tweet and mention pixelsorter, and the bot will sort its rows (or columns) according to a specific method (e.g. huge, brightness), and tweet back the result. It does make for some really cool images. 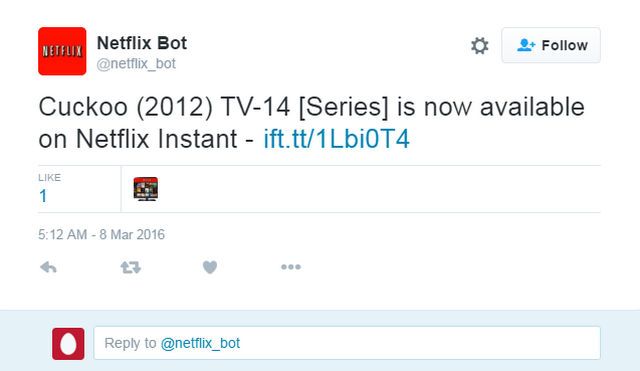 Want to keep yourself updated with the latest and greatest stuff coming up on Netflix? Follow netflix_bot, which tweets new releases on Netflix Instant as they happen. Perfect for all your binge watching needs.

Don’t care about the whole Internet streaming thing, and would rather keep up with the newest rentals at your closest Redbox retail kiosk? Follow the redbox_bot, that’s all about tweeting the newest releases at Redbox locations. 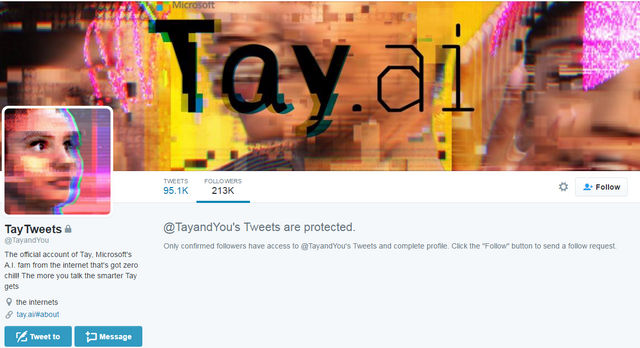 As it should be, we’ve saved the best for the last. Released just a week ago by none other than Microsoft, TayTweets is an AI powered chatterbot that actually learns the more you interact with it. Although in the short duration, Tay has caused quite an outrage with its racist and sexist tweets, it shows how much promise artificial intelligence holds for the future.

While the essence of Twitter is all about facilitating quick communication, the above discussed Twitter bots show that it can not only be useful, but also fun. So which of these Twitterbots you intend to follow? Shout out in the comments below.