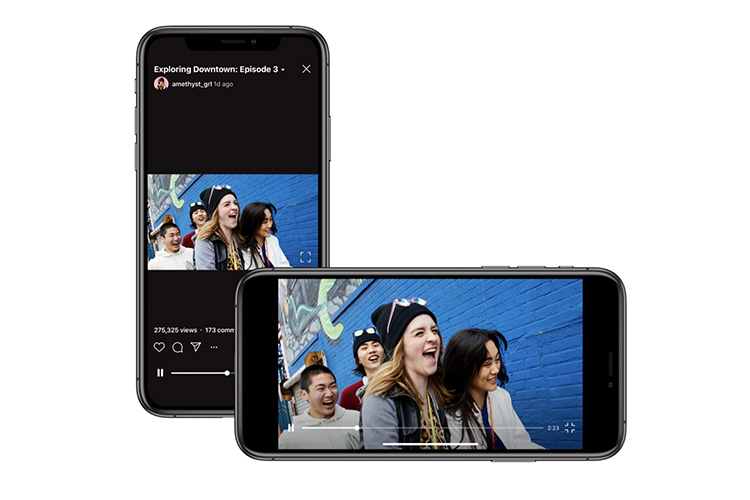 In yet another attempt to keep its long-video supporting IGTV feature afloat, Facebook-owned photo-messaging app Instagram has added support for videos shot in landscape mode.

According to Instagram, the step was required to make IGTV more free of a platform for creators to express themselves however they want.

“Landscape has its strengths, especially when it comes to formats like dance and sports which are high motion and often feature a handful of people in frame,” the post said.

Launched in 2018, the long-form video hub IGTV that lives inside both a homescreen button in Instagram as well as a standalone app, has failed to gather the expected response.

Recently, Instagram copied TikTok and Snapchat in terms of their use of Artificial Intelligence (AI) and interface design on IGTV.

Earlier in February, the app added previews of IGTV videos as part of the main feeds on the home page.