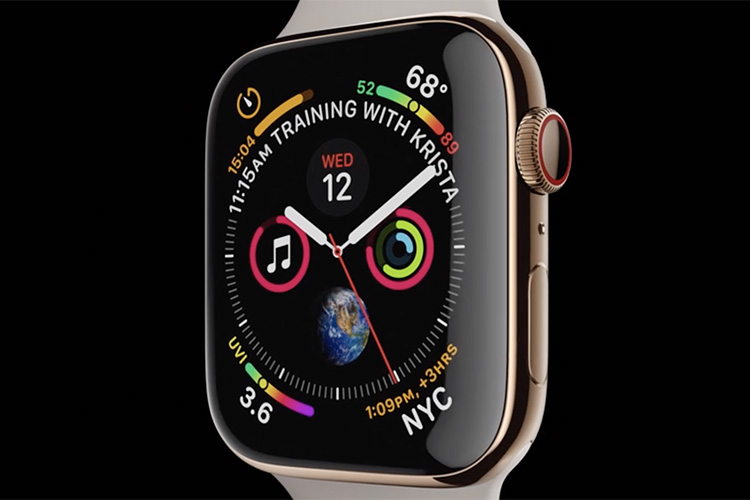 When Apple launched the Apple Watch series 4 last year, it spent quite a lot of time explaining how the brand new ECG function has been trained to be very good at detecting conditions such as Atrial Fibrillation, among other heart-related problems. Since then, there have been a number of news articles about the Apple Watch saving people’s lives by notifying them about irregular heart beats, among other things, and now, in a first, a US doctor saved a person’s life thanks to the Apple Watch Series 4’s ECG functionality.

According to reports from IANS, the incident happened at a restaurant, and the doctor, Tommy Korn, MD, from California, strapped his own Apple Watch Series 4 on the person’s wrist to detect Atrial Fibrillation. Dr. Tommy Korn later tweeted “As a physician, it’s much faster to put my #applewatch4 on someone else’s wrist to detect disease (A. fib) than finding a ECG machine at a public restaurant! (Indeed, a true #mhealth guardian).”

In replies to his tweet, he also mentioned that the person he diagnosed with Atrial Fibrillation was doing fine now.

Atrial Fibrillation can be a deadly heart condition, which can cause strokes, and is often left undiagnosed because most patients don’t suffer from symptoms. The Apple Watch Series 4, on the other hand, can identify irregular heart rhythms, and send a notification if the irregularity looks like an atrial fibrillation to the watch.

The ECG feature of the Apple Watch Series 4 is currently available in the US, Europe, and Hong Kong, allowing people to check on their heart health from from the comfort of their homes. The feature is yet to make its way to India.