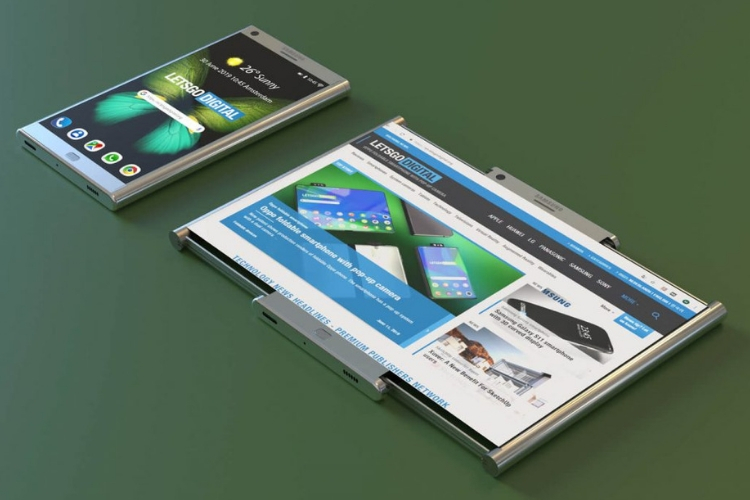 Samsung’s foray into the nascent foldable smartphone segment isn’t really going as the company may have envisioned. Galaxy Fold strived to be the baby step that the Korean giant took towards foldables, but we’re still waiting on its official launch since the whole screen breaking crisis. In the meantime, Samsung has been granted a patent for a wild new folding smartphone.

First spotted by Lets Go Digital, who’s also created the renders attached here, Samsung was granted a patent entitled “Display Device” by the USPTO (United States Patent and Trademark Office) back in June. It shows off a rollable design, instead of a foldable one where the sides of the phone can be pulled open to expand your available screen real-estate.

Essentially, you’ll have a huge tablet on your hands when the screen rolls out from the edges of the smartphone. The patent reveals that you’ll have access to 3 times more screen space as compared to the phone’s screen in the folded state. The sides would be rounded (huge side bezels in the unfolded form) to offer a sturdier grip when screen is expanded. You can check out the device in its two states in the render below: 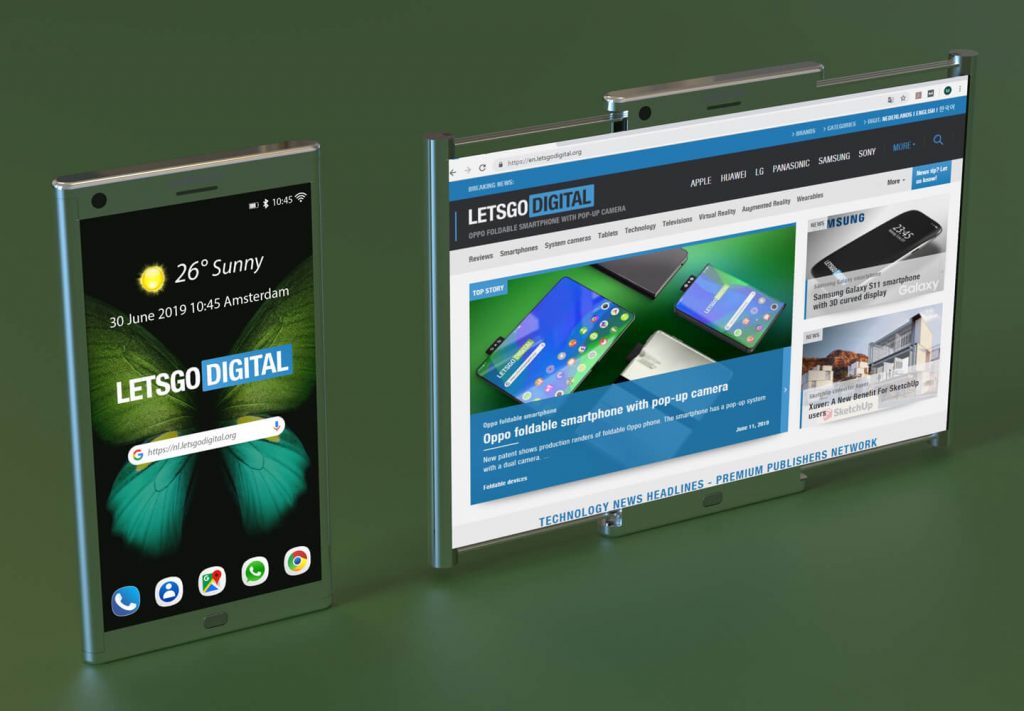 The patent filing includes 27 sketches to describe how the retractable-rolling mechanism will work and transform the phone into a functional tablet. Samsung has talked about its rolling technology in detail, which would most likely be automatic. No one wants to have another disaster on pulling the two sides, causing damage to the screen.

The mechanism will involve a moving rail and the flexible OLED screen will be rolled up inside the same. The moving rail will have slots (or grooves) so that left and right sides again fit with each other when the screen is rolled in. The core components, including a headphone jack (which is doubtful), selfie camera, internals, and more will be housed in the center casing you can see in the middle in the tablet form.

We’ve seen a ton of rolling display and smartphone patents from Samsung prior to this patent, but this seems like a concept that would require a lot of work in real life. We’re awaiting the future where you will easily be able to carry a compact device on you, but choose to expand it to consume content or work on the move.