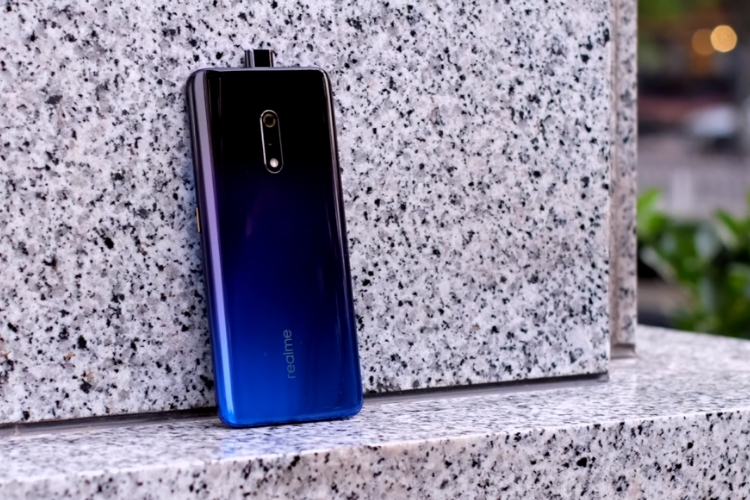 Realme has been teasing the launch of Realme X for quite some time now. This much-awaited smartphone is scheduled to make its India debut on July 15 next week and if you’ve been waiting for this device, well, it has just been confirmed that it will be sold online exclusively via Flipkart.

The Oppo sub-brand spin-off is continuing its partnership with Flipkart and the same is made official using teasers for Realme X on the e-commerce giant’s app. The launch of Realme X is being teased using a dedicated page, showing off results of the company’s #RealVoiceofIndia poll. 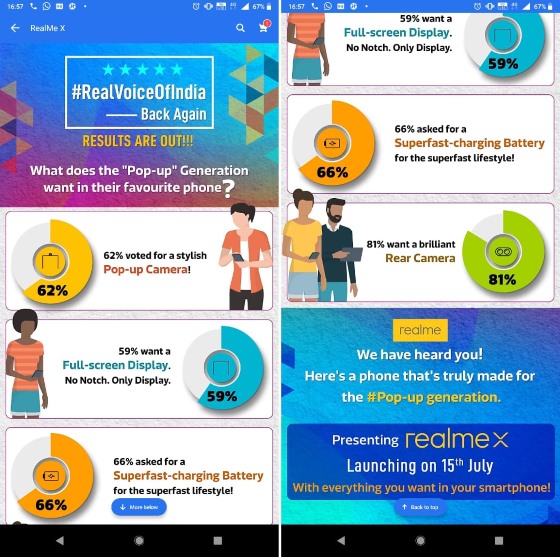 The poll reveals that 62% users are interested in buying a phone with a pop-up-style camera, 59% want a fullscreen bezel-less screen, 66% ask for fast charging, and 81% desire a brilliant rear camera. Basically, everything that Realme will offer users with its upcoming device, which was launched in China back in May.

Realme X, for those unaware, offers an almost bezel-less AMOLED screen, an in-display fingerprint scanner, a pop-up selfie camera, and a 48MP dual-rear camera setup. If you need to know everything about Realme X, go ahead and watch our first impressions on YouTube right here:

Also, there had previously been speculations that Realme X might come with the new Snapdragon 730 chipset. This would enable Realme to lock horns with the Redmi K20, which will arrive a couple of days after on July 17. However, reports now suggest that Realme X will have the same Snapdragon 710 chipset as the Realme 3 Pro, which can certainly be a disappointing affair for fans.

We now only a have week to go for the official unveiling of the Realme X, where we’ll eventually know whether the company took a risk or not.