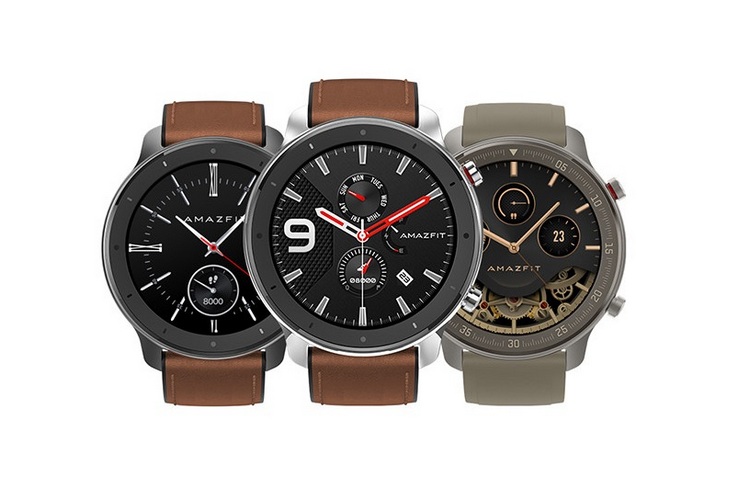 Xiaomi-backed Chinese tech firm, Huami, has officially unveiled its latest smartwatch that it claims is one of the ‘smallest and lightest’ 42mm smartwatches in the market with a thickness of 9.2mm and a weight of 25.5 grams. Called Amazfit GTR, the device is being offered in two sizes – 42mm and 47mm – and three case options – Stainless Steel, Aluminum and Titanium.

The 42mm model of the Amazfit GTR comes with a 1.2-inch AMOLED display, while the 47mm variant offers a 1.39-inch AMOLED screen. Both have Corning Gorilla Glass 3 protection and are compatible with devices running Android 5.0 or above and iOS 10 or higher. While the smaller model’s 195mAh Li-Po battery is said to offer up to 34-days of battery life, the bigger variant’s 410mAh unit is said to last up to a whopping 74 days on a single charge.

Both versions of the Amazfit GTR come with 5ATM certification, which means it is waterproof up to a depth of 50 meters, making it the perfect swimming companion for users. Talking about swimming, it is one of twelve sports modes the device is capable of tracking, including running, skiing and more. It also has BioTracker PPG bio-optical sensors for advanced heart rate monitoring.