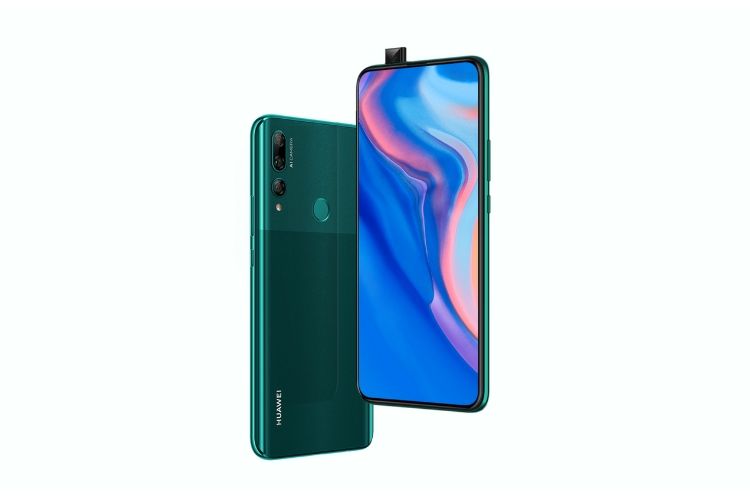 Huawei has been rumored to be launching its first pop-up camera phone in India for quite some time now. A teaser on Amazon India confirmed that the Huawei Y9 Prime (2019) is soon coming to India over the weekend, without any word on the launch date. Well, this teaser has now been updated and the launch date for the smartphone is now out.

As per the dedicated landing page on Amazon, Huawei Y9 Prime (2019) will officially launch in India on 1st August. This falls in line with Beebom’s previous report, which suggested that Huawei’s pop-up camera phone will land in the country by the end of this month. While all information on this phone is already available on the Internet, this page reveals almost everything about it as well. 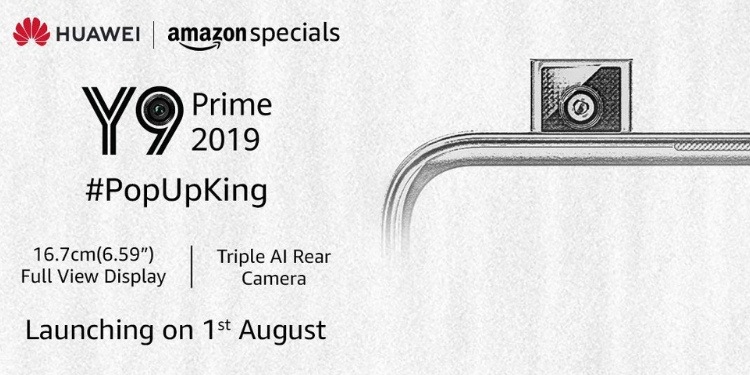 There’s no notch or punch-hole onboard here instead, you get a pop-up camera module here to offer an immersive fullscreen experience. There’s obviously a noticeable chin as seen on most similarly-specced phones, with a tiny top bezel.

This smartphone is powered by the Kirin 710F chipset, paired with 4GB of RAM and 128GB of internal storage (expandable up to 1TB using microSD card). It runs Huawei’s EMUI 9 ROM based on Android 9 Pie out-of-the-box and packs a 4,000mAh battery. The presence of the Kirin 710 chipset onboard is disappointing as the Honor 9X series which launched today with the upgraded Kirin 810 chipset – which is much superior to the 710.

As for the cameras, Huawei Y9 Prime (2019) is equipped with a triple camera setup. It includes a 16MP (f1.8) primary sensor, alongwith a trendy 8MP ultra-wide-angle sensor, and 2MP depth sensor. The 16MP (f/2.0) selfie camera sits in the pop-up module, which many users have started to fancy by putting aside the fear for mechanical parts.

The dedicated Amazon listing for the Huawei Y9 Prime (2019) also confirms the color variants – Emerald Green, and Sapphire Blue. And both of them look quite attractive in renders. This device is expected to be priced at around or under Rs. 20,000 to compete against other Chinese phone makers.

so, are you excited for the launch of another pop-up camera phone? Let us know your thoughts in the comments below.