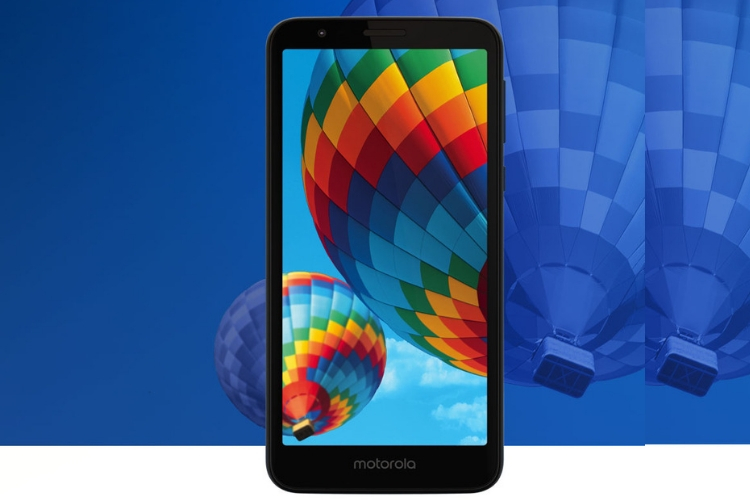 After the launch of Moto G7 series and Moto Z4 to tackle the budget and mid-range segment, Motorola has now debuted the entry-level Moto E6 in the United States. The Moto E6 features an HD+ display, a dated Snapdragon 400-series chipset, and a removable battery.

The device is available in two color variants, namely Starry Black and Navy Blue, and is now up for sale in the United States. There is currently no information on when the Moto E6 will be launched in India, and we hope it never does as it would not see many takers.

Being an entry-level smartphone with a not-so entry-level price if we talk about the Indian market, the Moto E6 features a polycarbonate back panel with a single camera lens and no fingerprint sensor – not even the Motorola branded one. This design is a downgrade over the more sophisticated and polished look of the Moto E5.

Moto E6 includes a 5.5-inch HD+ display, with an 18:9 aspect ratio and thick bezels both at the top and bottom. The front is mostly unchanged except for the smaller display size and the lack of a front selfie flash, which was found on the Moto E5.

This smartphone is powered by the Snapdragon 435 chipset, coupled with 2GB of RAM and 16GB of storage (expandable up to 256GB via a microSD card). This is an older mobile platform, one which was launched back in 2016 and is based on the 28nm architecture. We would have been happier to see a MediaTek Helio A22 or Snapdragon 200-series chipset on this device as the said chipsets would be more power-efficient.

As for the camera department, Moto E6 brings in tow a single 13MP (f/2.0) sensor with 1.12µm pixel size and PDAF support on the rear. There’s a 5MP selfie camera onboard as well, along with software features like Spot Color and Portrait Mode.

One of the biggest disappointments will, however, have to be the smaller battery size. Moto E6 comes equipped with a measly 3,000mAh battery pack (which is removable) as compared to the 4,000mAh battery in its predecessor. It supports 5W charging via the microUSB port on board. It runs stock Android 9 Pie out-of-the-box.

Most of Moto’s recent smartphones have been quite underwhelming and well, we can count Moto E6 as part of this collection. This smartphone will not be able to hold its ground against the more powerful and feature-rich offerings such as Redmi 7A and Realme C2. What are your thoughts on the Moto E6? Tell us in the comments below.