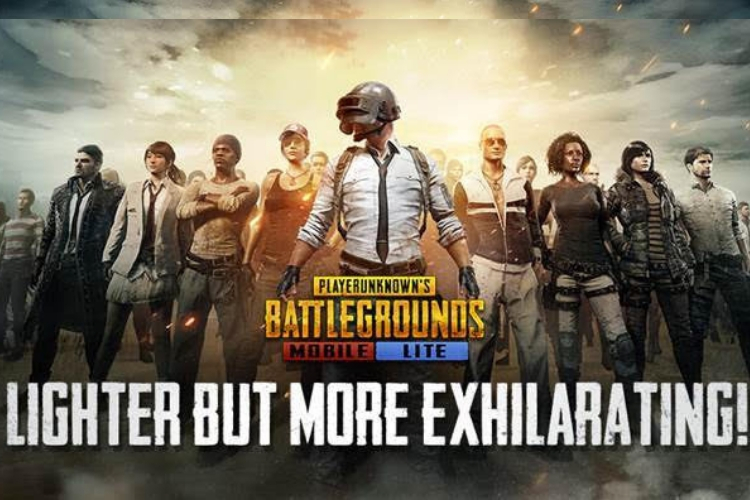 After PUBG Lite for PC made its official debut in India, offering more netizens a chance to experience the thrill of this battle royale phenomenon, Tencent Games is now planning to court more mobile gamers as well. PUBG Mobile Lite has today officially launched in India, offering a lighter and less resource-intensive version of the game that’s optimized for low-end devices.

PUBG Mobile Lite first saw the light of day back in August last year. It was initially made available just in the Philippines but has since been expanding its reach to more locations. Well, PUBG Mobile Lite has finally arrived in India today to allow users with entry-level phones with lower RAM and storage to have a shot at grabbing the Chicken Dinner.

PUBG Mobile Lite has a download size of around 400MB, as revealed by Tencent in their official blog post. However, the size could vary from device-to-device as it was a 490MB when I downloaded it on my Nokia 7 Plus. This is truly awesome as it’is just “one-fourth the total size” of the official PUBG Mobile game. The game is built for phones having less than 2GB RAM and for low connectivity areas. 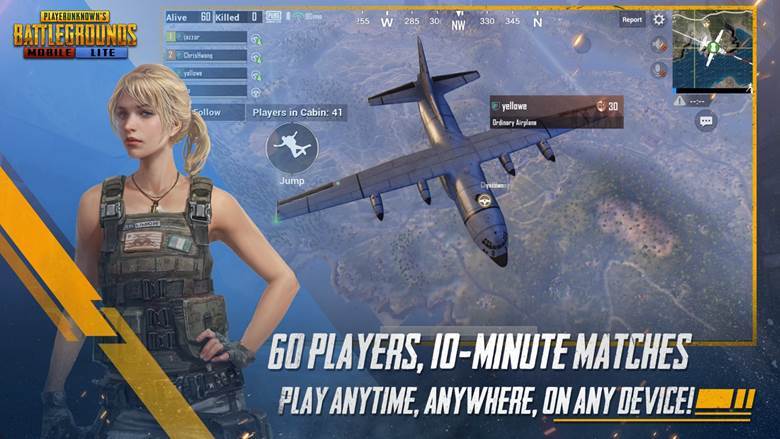 There’s obviously a lot of differences between PUBG Mobile and PUBG Mobile Lite games, with the most obvious one being that lighter version players won’t match with an original mobile game player. You have both the classic and arcade mode (simply the War option) on offer, where you can either play solo, duo and squad matches. Also, you can only play in TBP mode and there’s no option to play in FBP mode.

The lighter version of the game sees only 60 players (an upgrade over 40 players match we saw in the initial release) in parachute onto a 2 x 2 map named Erangel. It earlier did not have a name and appeared to be part of PUBG’s original Erangel map, so naming this map Erangel itself isn’t incorrect. There’s only a single map onboard right now.

The gameplay style remains the same though. You have to scout for weapons, ammo or medicine, fight the other 59 players to be the last man standing. The games are faster-paced, so expect some quick close-quarter combat, and lasts up to 10 minutes because of the smaller map. You should get all the same weapons, attachments, and all other perks. 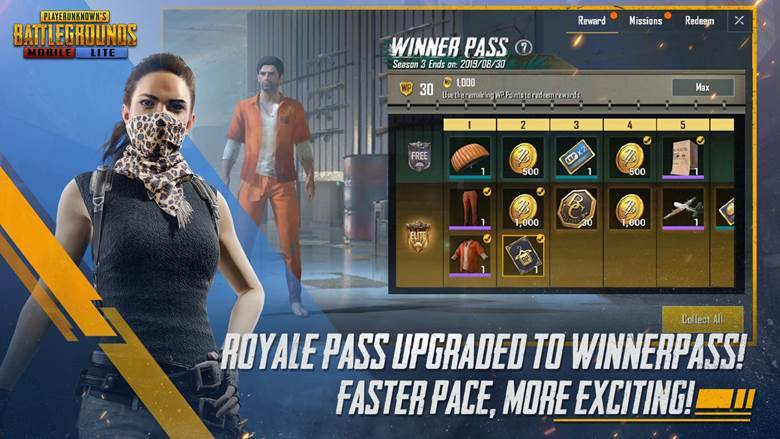 Tencent further goes on to talk about some major features of PUBG Mobile Lite, revealing how they’ve enhanced aim assist to make it simpler for users to take down enemies. This game also has a revamped Royale Pass called Winner Pass and it’s easier to unlock newer perks in this title.

The bullet mechanics have also been simplified. PUBG Mobile Lite includes faster bullet speed, no bullet drop, suppressed recoil, and an extended time to kill enemies. This means you will need to shoot more bullets than usual in a firefight and you can heal too while moving, which is awesome.

We are going to spend the next few hours testing out PUBG Mobile Lite and offer our fair opinion on the same really soon. Until then, go ahead and download this game from the Play Store right here. Also, let us know your opinions in the comments below.