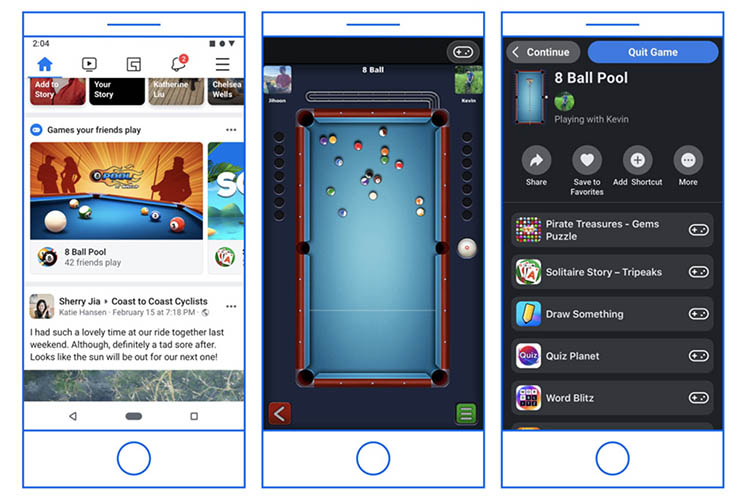 Facebook’s Instant Games have seen a lot of change since they first launched on the News Feed. The company then shifted them into the Messenger app, and now, it’s planning on moving them back into the main Facebook app.

The change will apparently happen first on iOS, with the blog post saying that “Starting later this summer, Instant Games will no longer be playable directly in the new version of Messenger on iOS.” However, in order to make sure players aren’t confused by a sudden relocation of games, the company has said that game threads and bots will still be available in Facebook Messenger, with only the gameplay moving to the Facebook app. The company is also hoping to make the transition smooth and easy for players, and will “notify players and guide them through the steps to enjoy Instant Games on Facebook, and we’ll continue to share more details on platform transitions and timelines with developers, as well.”

Apart from that, Facebook is also making changes to the application and review process for Instant Games on the platform. If you’re a developer, you can head over to the Facebook Blog post about changes coming to the Instant Games platform and read more about the new process and all the changes.