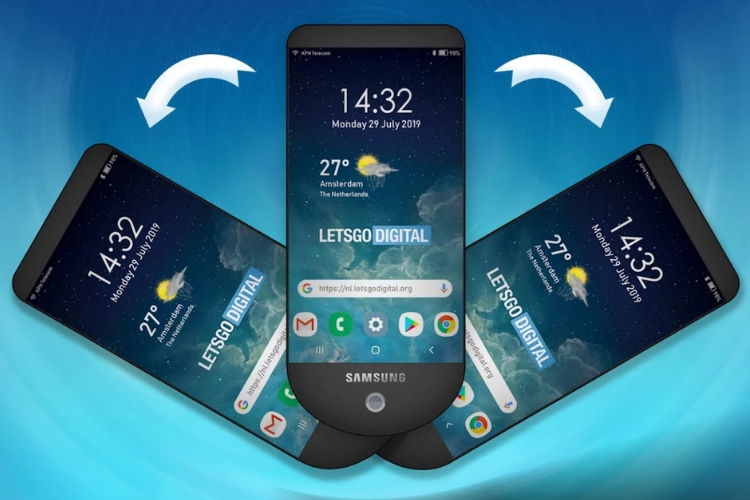 Though Samsung is yet to officially make its first foldable smartphone available to the masses, the Korean giant has recently received patents for a ton of foldable and weird smartphone that may or may not see the light of day. Samsung is experimenting with many different smartphone designs and this could be their weirdest one to date.

Samsung has been granted a new patent for a smartphone with three displays that are stacked over one another and attached together at the bottom. This patent application is known to have been filed back in August last year, but it gained approval for this design earlier this year in March. This patent shows off 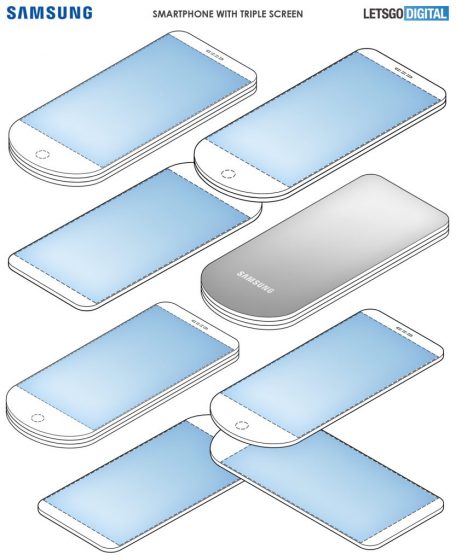 This patent shows an extremely thin smartphone even though the screens are sitting on top of one another. You will be able to scroll and navigate to items on each screen when they’ve been opened. You cannot see any physical keys (which obviously aren’t possible because of the swivel mechanism) and camera sensor – either on the front or rear. This patent application was first spotted by Let’s Go Digital.

Though this design seems unique and it does remind me of a futuristic SideKick, where you’ll be able to use the three screens independently. However, I’m not sure of how the overlapping screen areas will be handled and what exactly will there use case is the one thing I would love to see if this patent design ever sees the light of day.