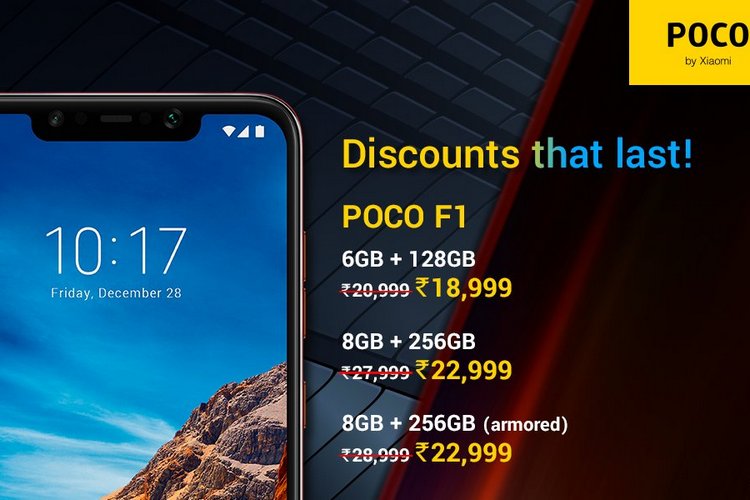 Mi fans, you know how the #POCOF1 has won so many hearts. 😍

It’s time to bag the champion at a killer price from https://t.co/pMj1r7lwp8 or @Flipkart. 🤩

While Jain seemed to mention only the online channels in his tweet, a report on 91Mobiles suggests that the price-cut is also applicable on offline channels. It will be interesting to see if the latest round of price-cuts will be able to rejuvenate sales of the device that has likely been suffering from a bit of a sales slump following the launch of the Redmi K20 and K20 Pro earlier this year.

Meanwhile, it will be interesting to see if Xiaomi will ditch the Poco brand in favor of the K20-series, as has often been rumored in recent times. While speculations about the fate of the brand have been doing the rounds for a long time, they reached fever-pitch last month after the unceremonious exit of POCO general manager, Jai Mani, who quit the company after five years.

Xiaomi, however, continues to officially deny that its Poco brand has hit the end of the road. In a press statement last month, the company said: “For Poco, nothing changes because of an executive leaving and work will go on as planned”.