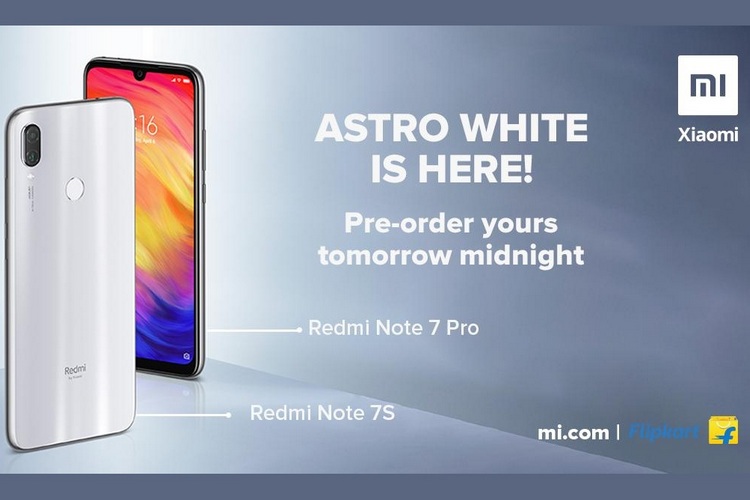 Just days after announcing a new ‘Astro White’ color option for its Redmi Note 7-series devices in China, Xiaomi has launched the new models in India. The Redmi Note 7S and Note 7 Pro will both be available in the new color on Flipkart and Mi.com from midnight tomorrow at the same prices as the existing models. While the former was thus far being offered in Onyx Black, Sapphire Blue and Ruby Red, the latter was available in Space Black, Neptune Blue and Nebula Red.

Mi fans, time for the white revolution! Presenting the #AstroWhite variants of the #RedmiNote7Pro & #RedmiNote7S.
Looks like a dream, right?

RT if you want to get one. pic.twitter.com/x3wUaUtWfS

The Redmi Note 7S was launched in India last May, a few short months after the Note 7 and Note 7 Pro were launched in the country to a thunderous reception. It is largely a re-branded Redmi Note 7 (China model) that comes with the 48MP Samsung ISOCELL Bright GM1 sensor instead of the 12MP primary sensor found in the Indian-spec Redmi Note 7.

The lineup has been a massive success for Xiaomi both in China and India, with the company last month claiming to have sold a whopping 15 million units globally within just six months after launch. The company had earlier announced that it had sold two million units of the Redmi Note 7 and 7 Pro in India within just two months of their launch in the country.