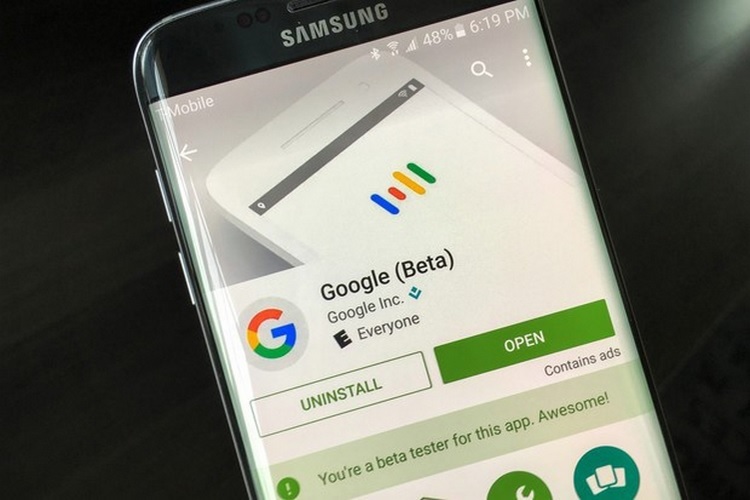 A new beta of the Google app has revealed a bunch of new features that Google is prepping for the app. In an APK teardown by the folks over at 9to5Google, a bunch of possibly upcoming features were spotted.

Google has been working on an ambient mode for the Google Assistant, and while it could provide suggestions and music controls, according to this new teardown it looks like the Mountain View giant is working on implementing notification support for the Assistant Ambient Mode.

9to5Google spotted the following lines in the teardown hinting at the addition of notification support:

<string name=”charging_mode_notification_content”>Turn on notification access for the Google App to see your notifications while in Ambient Mode.</string>

Alarms in “At a Glance”

Google’s At a Glance widget is already capable of showing the time, weather, and upcoming flight information to users. However, code spotted in the new Google app beta suggests that the widget might start showing upcoming alarms too.

9to5Google’s report also suggests that the Google App might be working to implement a ‘Google app browser’. It will reportedly allow users to clear cache, cookies, and other data independently from Chrome.

It goes without saying that features discovered in APK teardowns are not guaranteed to ever actually make it out to the stable version of the app, so take this information with a pinch of salt if you will.