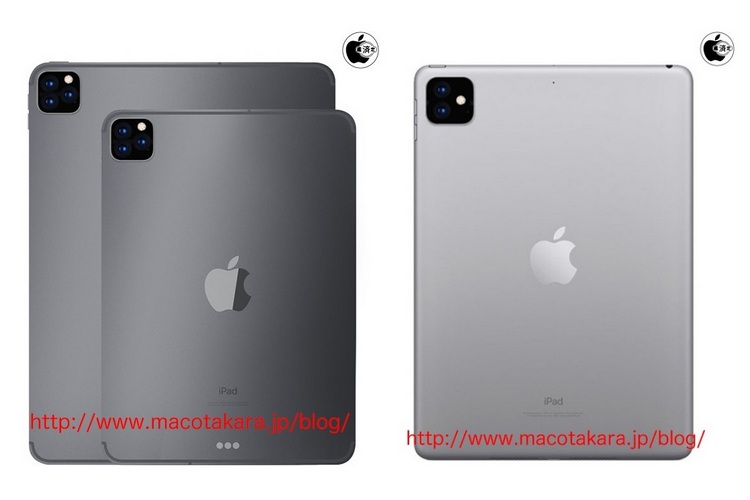 Multi-camera setups, once the sole preserve of smartphones, are making their way to tablets. If latest rumors are anything to go by, the next-gen iPad Pro might be the next slate to get the feature. According to Japanese tech blog, Macotakara, a China-based Apple supplier has claimed that the 2019 iPad Pro will very likely be launched with a triple-camera setup. The standard iPad (10.2-inch variant) is also being rumored to ship with a dual-cam module.

What’s more, the blog has also posted a couple of images that seemingly reveal square rear-camera housings on both the aforesaid models in line with the next-gen iPhone. As can be seen, the image on the left is said to be of the next iPad Pro, while the one on the right apparently shows off the standard iPad 2019.

Meanwhile, there are no details about the image sensors at this stage, nor is there any concrete info about either of the devices, so it will be interesting to see how this pans out going forward. However, given that the iPad Pro line is aimed more at creative professionals than general consumers, the triple-camera setup would be a curious addition in case Apple is, indeed, planning to implement the feature.