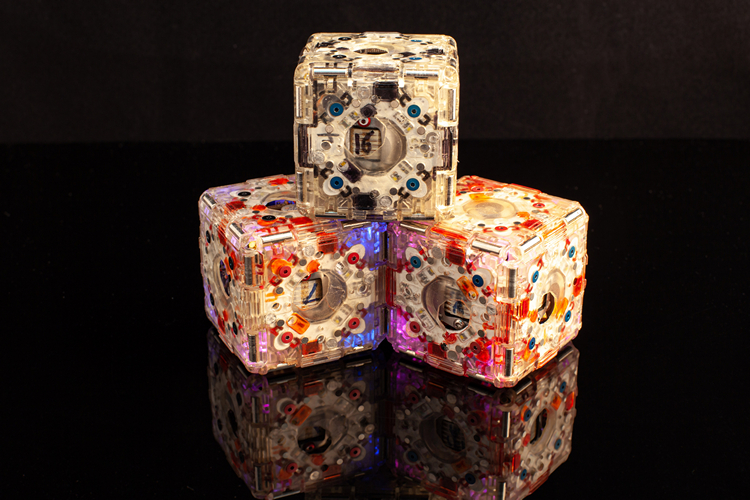 Researchers from MIT’s Computer Science and Artificial Intelligence Laboratory (CSAIL) have developed self-assembling robotic cubes dubbed M-Block capable of climbing and rolling across the ground. These cubes are the second version of the project MIT unveiled back in 2013.

With the new iteration, these M-Block cubes have gained the capability to communicate with one another using a “barcode-like system” present on each face of the cube. This system is used for performing various tasks like forming a line or following a path.

Each M-Block has a flywheel that does 20,000 revolutions per minute. Permanent magnets are equipped on each face so that cubes could attach to each other.

The researchers aim to improve M-Blocks to be used in disaster management situations. For instance, the researchers suggest these robotic cubes could be used for rescue operations by building a staircase in a building on fire.

“The unique thing about our approach is that it’s inexpensive, robust, and potentially easier to scale to a million modules. M-Blocks can move in a general way. Other robotic systems have much more complicated movement mechanisms that require many steps, but our system is more scalable.”, says John Romanishin, lead author of the paper.

During testing, the researchers scattered the blocks and made them align to a line. At the end of the experiment, they noted that 90 percent of the blocks managed to form a line. Incredible, indeed.

I hope these robotic cubes technology mature enough to be a practical application rather than ending up in the laboratory considering the proposed use-case. So, what are your thoughts on these self-assembling modular robots? Tell us in the comments.