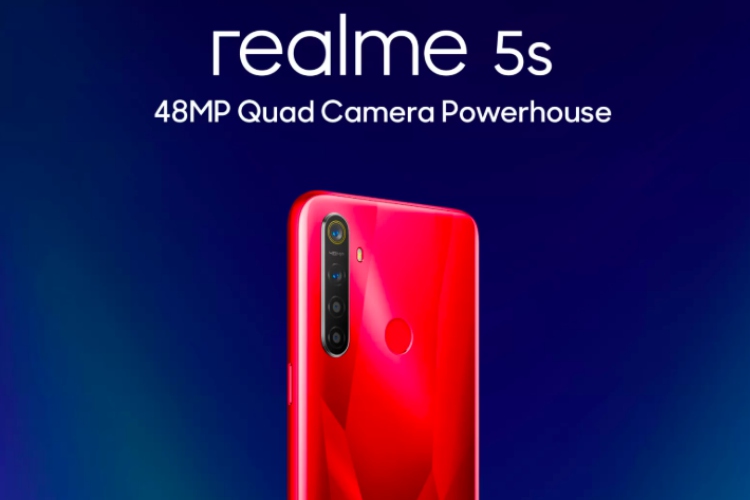 Realme is finally launching its first flagship smartphone, the Realme X2 Pro, in India on November 20 later this month. The company first unveiled this device in China a couple months ago to much fanfare. While we assumed Realme to bring the Snapdragon 730G-powered Realme XT alongside the X2 Pro, the company will launch a new budget phone dubbed the Realme 5s.

Flipkart has today published a landing page for Realme 5s, the upcoming budget phone from Realme. It reveals that the company will launch this smartphone alongside its first flagship – Realme X2 Pro on November 20 in India. The teaser calls it the “48MP Quad Camera Powerhouse,” which suggests the company is bringing Realme 5 close to the Realme 5 Pro in a fashion similar to its arch-nemesis Xiaomi.

Does that sound familiar already? Yes, it looks like Realme is following Xiaomi’s suit to possibly replace the Realme 5 with the Realme 5s. The only difference between the two devices is expected to be the 48MP primary sensor in the quad-camera setup. Are you excited for this upgrade? Let us know in the comments below.

Now, what other details can we gather from the screenshot above? As you can see, the Realme 5s will feature the company’s signature diamond-cut pattern on the rear. It will also flaunt a new red color variant, in addition to the Crystal Blue and Crystal Purple variants of the Realme 5.

The design and hardware specs of the Realme 5s will most likely remain the same as the Realme 5. This means you should get a 6.5-inch HD+ LCD display, Snapdragon 665 SoC, quad-cameras, Android 9 Pie-based ColorOS 6.1, a massive 5000mAh battery, and a ton more.