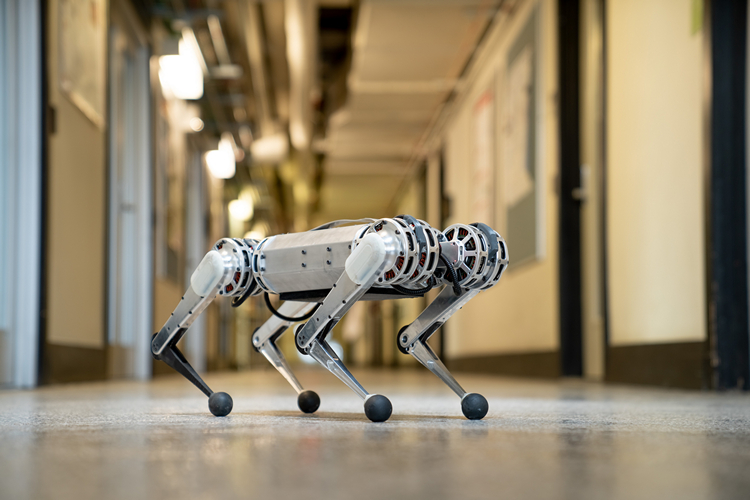 MIT’s robotic division doesn’t need any introduction. We have seen different robots developed from the institute ranging from robot carpenter to robotic cubes. This time, the researchers developed a mini cheetah robot capable of doing 360-degree backflips and much more.

In case you are not aware, Mini Cheetahs are four-legged robots capable of walking, bending its legs, jumping, and even doing backflips. They weigh just 20 pounds (9 kilograms).

One of the features that make these robots stand out which creeps me out in the meantime is how they respawn. In the video, robots can be seen being knocked off. Within seconds, they manage to rise up to their original form factor.

“A big part of why we built this robot is that it makes it so easy to experiment and just try crazy things, because the robot is super robust and doesn’t break easily, and if it does break, it’s easy and not very expensive to fix,” says Benjamin Katz from MIT’s Department of Mechanical Engineering.

In case you’re wondering about the durability and toughness of these robots, the researchers say that these robots are designed with modularity being a high priority. If at all one of the motors or limbs get broken, they can be easily replaced at low-cost.

If you’re interested to watch the Mini Cheetah in action, do not forget to check out the below video. It has some cool robot backflips that you probably would not want to miss out on. Also, let us know what you feel about these Mini Cheetahs in the comments.