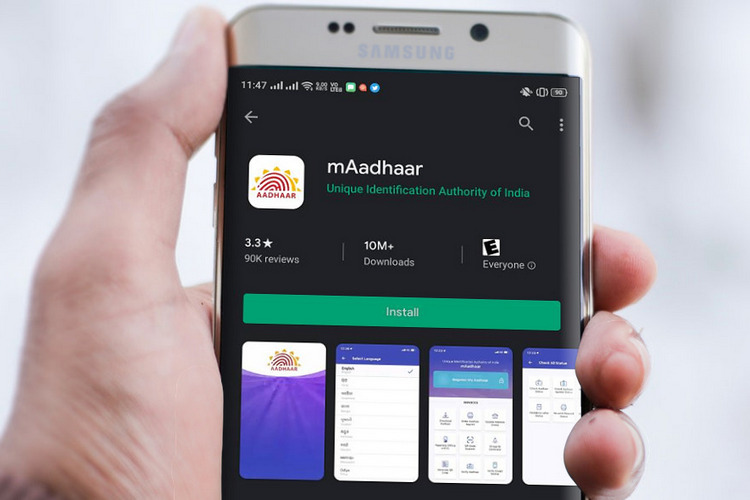 The Unique Identification Authority of India (UIDAI) has launched a new version of its mAadhaar app on Android and iOS. According to the organization, the app is meant to contain people’s Aadhaar number and demographic data, such as name, date of birth, gender, address and a photograph, but as we’ve come to expect from most government-run services in the country, it just doesn’t seem to work.

Uninstall any previously installed versions of the #mAadhaar app from your mobile. Download and install the #NewmAadhaarApp from: https://t.co/62MEOeR7Ff (Android) https://t.co/GkwPFzuxPQ (iOS) pic.twitter.com/InTs5NwakL

A slew of social media posts over the weekend complained that the app is just not functioning as advertised, with a ‘technical error’ said to be preventing it from starting on most devices. Having tried to get it to work on a number of devices at our office, Beebom can confirm that at least the Android version of the app isn’t working as of Monday morning. We haven’t tried out the iOS version of the app, but will update this article with the relevant info if it works. 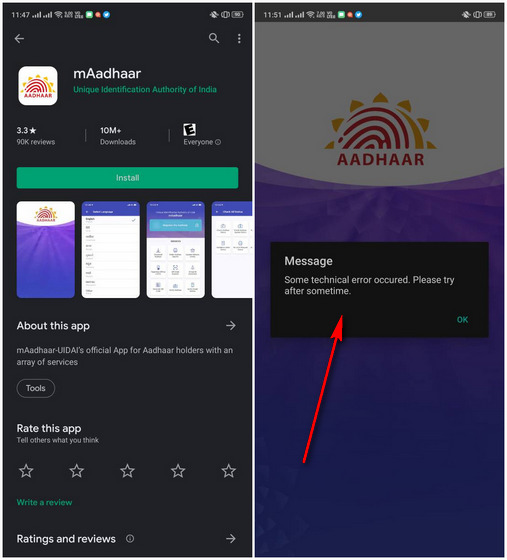 UIDAI is recommending users to delete any previous versions of the app before installing the new one, but most of the phones we used are brand new devices with no prior mAadhaar installations to begin with.

Meanwhile, when it does work, it is supposed to work as a virtual copy of your Aadhaar card. According to UIDAI, the new app will enable citizens to not only be able to print physical copies of their Aadhaar card from the app, but also share their Aadhaar data anonymously for KYC purposes, etc. The app also includes an option to share Aadhaar details via a QR code or a virtual ID generated for a short time.

Do note that the mAadhaar app, as with the Aadhaar database itself, has been accused of multiple leaks over the past few years, so do exercise caution while using the app. The UIDAI says it believes the new app plugs some of the vulnerabilities of the older version, but after an endless array of blunders over the past years, it’s difficult to take the organization’s words at face value.