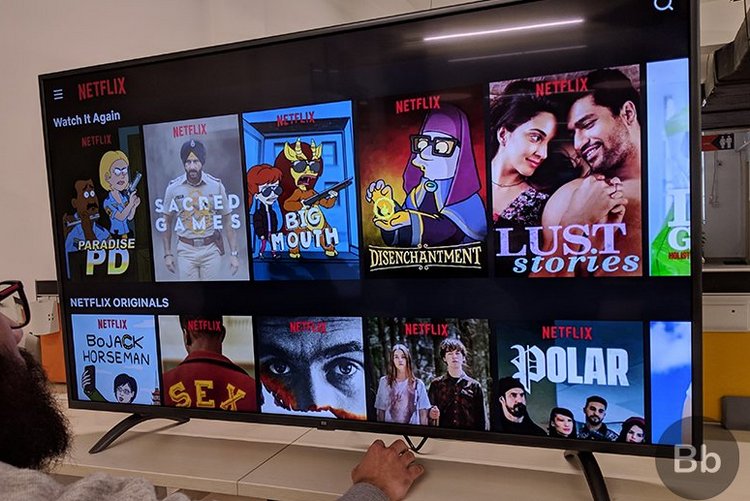 It was just recently that Xiaomi unveiled its new Mi TV 4X lineup in India, which includes a humongous 65-inch 4K variant as well. They arrived with Netflix and Prime Video support out-of-the-box, which is great. But, only within a couple of months, Xiaomi is teasing the launch of yet another Mi TV model in the country.

The company has sent out a cryptic tweet from its official Mi TV India Twitter handle. “Mi fans, gear up! For you’ll wake up to something new tomorrow. A big surprise awaits! Stay tuned”, said the tweet. Many believe the tweet is the harbinger for the Mi TV 5 launch in India, which was originally expected to happen by the end of last month.

However, given that the video teaser accompanying the tweet shows off what appears to be a standard television set with rather large bezels. It is more likely to be a new addition to the company’s existing Mi TV 4 lineup that’s been expanding rapidly with the launch of new models every few months.

Mi fans, gear up! For you’ll wake up to something new tomorrow. A big surprise awaits! Stay tuned.

While the Mi TV 5 and Mi TV 5 Pro were launched in China recently with ultra-slim bezels, we expect them to come to India sometime next year. Xiaomi hasn’t announced anything about its plans officially yet, but some online reports seem to suggest that the company may launch new updated Mi TV models. These will possibly arrive with native support for Netflix and Amazon Prime Video out-of-the-box. The new Mi TVs could also ship with the latest Android TV 9 update, which is already rolling out to a whole host of Mi TV models.

Apart from the Mi TVs, Xiaomi is also expected to launch the Mi Note 10 in India sooner rather than later. The smartphone, which was launched earlier this month in Spain after making its debut in China as the Mi CC9 Pro, comes with Samsung’s 108MP Bright HMX sensor. It is expected to be a premium mid-range offering with a focus on photography. There’s no ETA for the smartphone launch yet, but we’ll hopefully get more info on the same very soon. So, stay tuned for more information on the Mi Note 10 and return back tomorrow for an update on the Mi TV announcement.