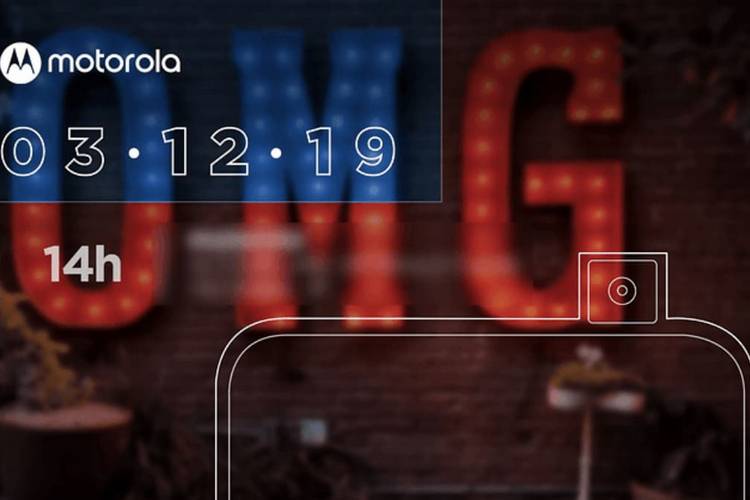 Motorola has reportedly sent out invitations for a press event to be held December 3rd in Brazil, where it is expected to unveil its first-ever smartphone with a popup selfie camera, Called the Motorola One Hyper, it is believed to be the same device (model number XT-2027) that received its NBTC certification in Thailand earlier this month before getting its stamp of approval from the US FCC a few days later.

While official details about the upcoming smartphone remain under the wraps for now, recent rumors have seemingly revealed a few key tech specs, including its processor, the screen size, the battery capacity and more. The device is said to be powered by the Snapdragon 675 SoC, feature a 6.39-inch FHD+ IPS LCD display panel, sport a 4,000mAh battery and have at least 4GB of RAM alongside 128GB of internal storage.

Imaging options on the phone are expected to include 64MP+8MP dual-camera setup at the back and a 32MP image sensor with an f/2.0 lens as its selfie camera within the popup housing upfront. On the software side of things, the device is expected to ship with Android 10 out-of-the-box as part of the Android One program, which means users can enjoy clutter-free experience for the most part.

Do note that none of the aforementioned info has been confirmed by the company just yet, so take them with a pinch of salt for now. However, given that the device has already been confirmed to launch next week, we should get all the official details in just a matter of days.