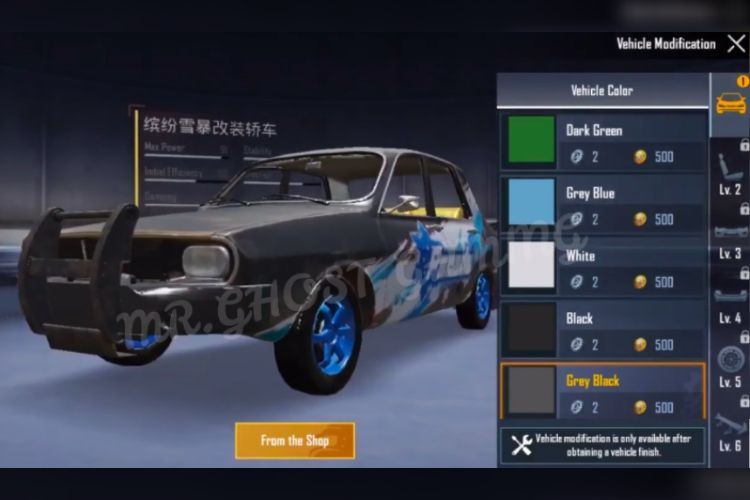 PUBG Mobile is known to introduce new outfits and weapon skins with every update. The outfits usually tie in with the theme of the latest Season Event as well. But, as per latest reports, PUBG Mobile is now looking to introduce a vehicle customization feature to allow users to give their vehicles a custom paint-job.

If you are a long-time PUBG Mobile player and have obtained a vehicle finish (for any of the in-game vehicles), then only you will be eligible for vehicle modification. Every PUBG Mobile player won’t have access to the customization features in the game. Instead, they will have to purchase a vehicle finish to be introduced to this feature and get started with tweaking their vehicle’s look.

The demo video, uploaded by Mr. Ghost Gaming on YouTube, shows how players will get complete control over how the vehicle looks in-game. He customized a Dacia 1300 and if you look closely, you can modify everything from the vehicle or fender’s color to the seat covers and wheels. Not right off the bat though. You will start at Level 1 (custom vehicle color) and will have climb through levels to be able to gain access to other customization features.

Also, the video attached below shows that vehicle modification won’t be free of cost. You will have to shell out somewhere between 500 battle points to 40 silver coins for different modifications or colors in-game. It is a cool feature for PUBG Mobile fanatics as they can now make their ride look swanky in-game.

The vehicle modification feature has been spotted in the latest PUBG Mobile 0.16.0 beta update. It also includes a new ‘Death Race mode’ that sees you wreck your enemy’s vehicles using your own vehicle. There might also be snowy regions in Erangel, complete with ski lifts and skiing boards in the next update. So, are you excited to try out the new PUBG Mobile update? Tell us in the comments below.