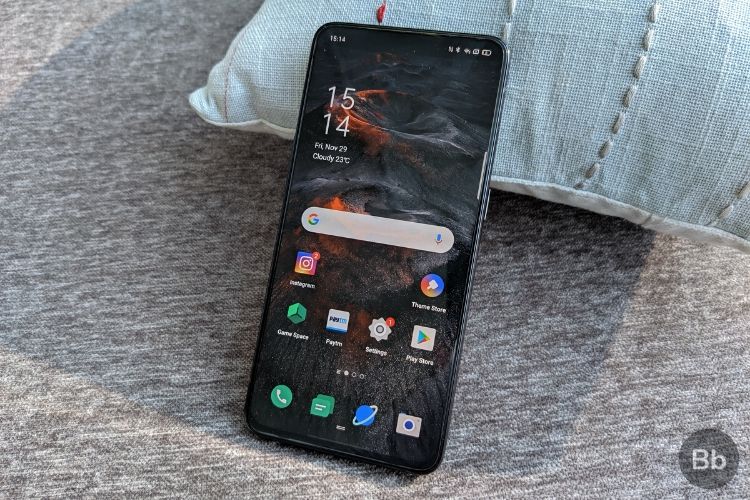 Merely a week after the official unveiling of ColorOS 7 in China, OPPO held its first-ever ColorOS event in New Delhi in India earlier this week to launch its custom Android skin. The increasing popularity of OPPO phones has resulted in the company holding the first software-focused event in the country.

Boasting of a massive 300 million active userbase globally, OPPO took the wraps off its ColorOS 7 skin on stage at the event. This update not only brings a minimalistic UI and refreshed icons to the table but also introduces a number of new features. So, without wasting any more time, let’s jump in and take a look at 8 new features of ColorOS 7:

Carrying forward its infinite design from ColorOS 6.1, OPPO has further decluttered the interface and adopted a more lightweight and intuitive design in ColorOS 7. It’s a much-needed upgrade that may not be evident right away. But, you will notice that the icons appear more refined and modern than before. OPPO has also baked an icon customizer, allowing you to pick different styles, adjusting the shape, size, and colors.

The huge quick settings tiles are now gone and have been replaced with a more likable, concise layout. The smaller icons are neatly arranged and no longer take up the entire screen. The notifications may still need some work but the ‘Clear’ button is now placed below them for easier accessibility. 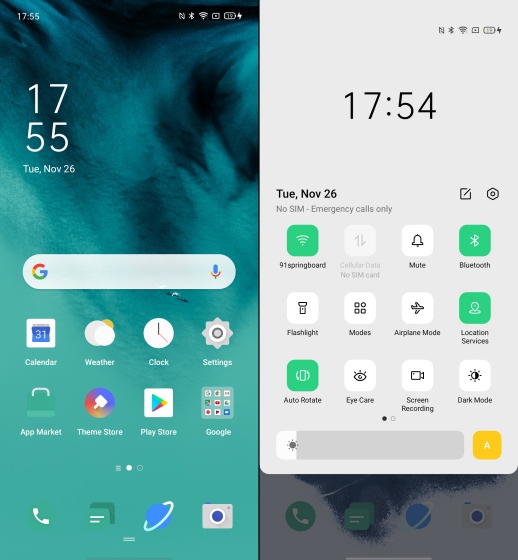 The Settings page adopts the lightweight design as well, toning down the color scheme, which I quite like and introducing some sleek new icons. The animations now also feel smoother than before, the new default font is likeable, and ColorOS 7 has never felt so responsive before.

One of my favorite features in ColorOS 7 is the new partial screenshot gesture. You can now hold down 3 fingers on the screen and move them upwards or downwards to get a screenshot of a section in an app. OPPO has also introduced new refined system sounds, ringtones, and even a weather-adaptive alarm that plays sounds based on the current weather in your city. Sound cool, right? 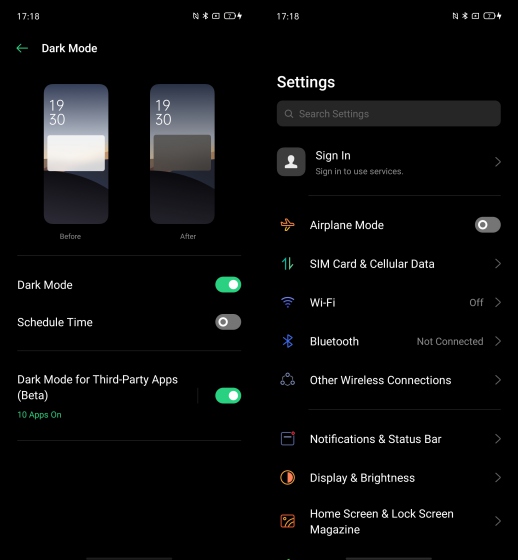 Android 10 brought with it a native dark mode to reduce strain and help users extend battery life. ColorOS 7 introduces a global dark mode as well, but it builds on the feature by allowing third-party apps to be painted in the darker theme. This feature is currently in beta but OPPO boasts that over 200 most-used apps to adapt to the dark theme with ease.

One of the most notable additions in ColorOS 7 will have to be the new “Personal Information Protection” feature. It will safeguard your personal information, including contacts, messages, call history, and events from being accessed by third-party apps. 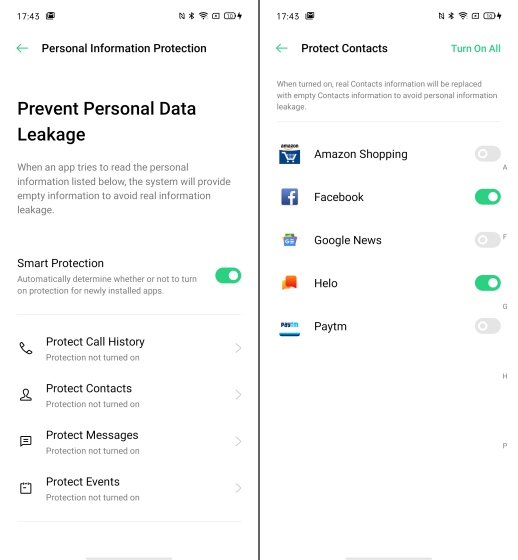 There’s also Payment Protection and File Protection options, along with a Private Safe where you can store your photos, videos, and other files away from prying eyes.

Remember the Zen Mode that was recently added to OxygenOS? Well, ColorOS 7 has debuted a similar feature called Focus Mode but there’s a minor caveat here. You can switch modes from the quick settings menu. Here you can set the time for which you intend to stay away from your phone and listen to soothing ambient sounds while you concentrate on your work. 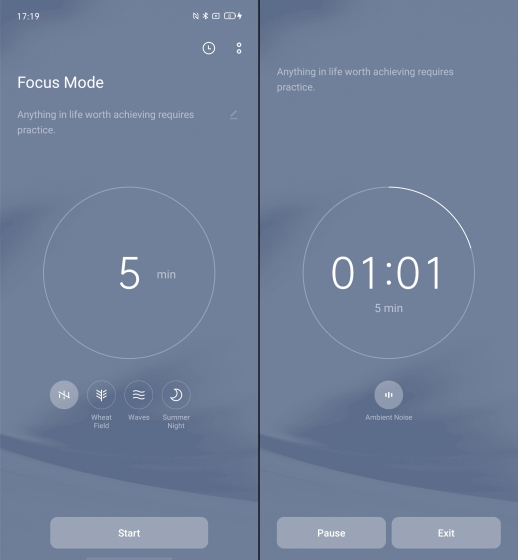 How does differ from Zen Mode? Well, once you enable Focus Mode, a pause and exit button pop-up on your screen. This means you are not completely locked out of your device but can return to scrolling through your Instagram feed at any time.

ColorOS 7 also brings a number of camera improvements in tow and well, it’s thanks to OPPO’s partnership with Google’s CameraX team. You will now find AI Beautification 2.0 mode in OPPO phones, allowing you to click better selfies. You will also see a number of new beautification options in the camera app going forward. 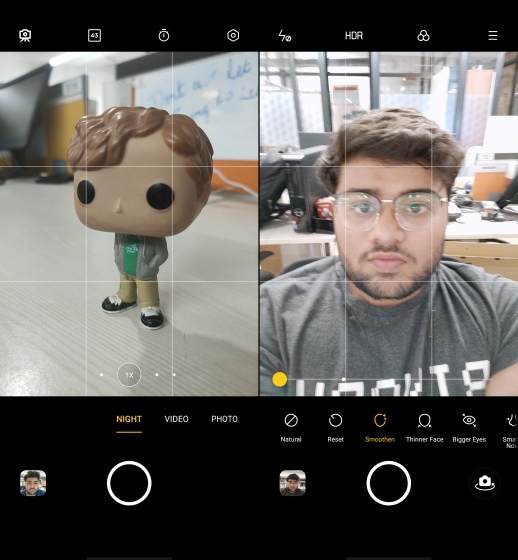 Apart from beautification, OPPO has implemented improved AI noise cancellation algos, which should come in handy for capturing improved low-light photos. ColorOS 7 brings along a new snappier Ultra Night Mode in tow. It no longer requires you to stay still for some time before the image is captured and processed. OPPO claims that processing of night mode photos now takes just 2.5 seconds, which is super fast and the results are going to be incredible too.

On the video front, ColorOS 7 will bring one of my favorite features to more phones. It’s the bokeh video mode that’s currently available on OPPO Reno 2. This feature allows the user to capture a video with a creamy life-like background blur and good edge detection, that too in real-time.

Our generation is crazy about video content – be it on YouTube, Instagram, or popular short video platform TikTok. So, OPPO saw an opportunity in this segment and has now made available a self-developed smart short video editor app called Soloop with ColorOS 7. It’s an AI-backed short video editor that not only categorizes your videos or photos but also takes editing them into its own hands. 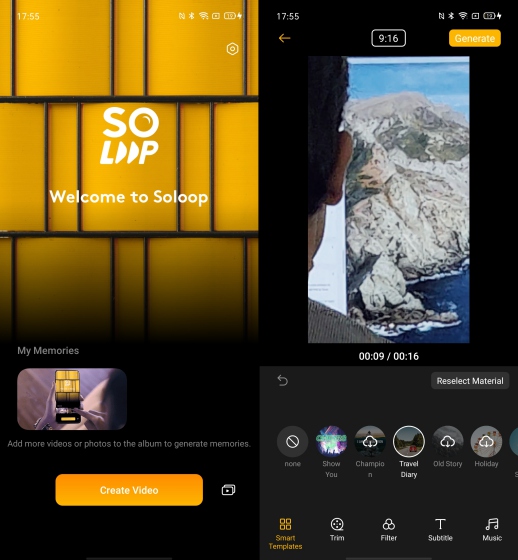 Here’s how the process goes. Power up the Soloop app and hit the “Create Video” button on the home screen. Now, pick photos and video clips you want to use and well, you are done. Soloop will look through all the input clips, cut them into segments, and edit them into place automatically. It will even pick a template with effects, transitions, and music that goes with the video, which is just awesome.

Soloop is a cool feature for short-form content creators or vloggers who’ve been actively looking for an app to bump up their video quality.

ColorOS 7 not only changes things on the surface, visible to all but instead, brings along performance improvements under the hood as well. The Hyperboost optimization engine here works in the background to offer around 20% improvement in gaming performance, reduces touch response time by 35%, and reduces power consumption as well.

On the software front, there are two core gaming components – Game Space and Game Assistant. The former was available in ColorOS 6.1 as well but it has been redesigned to make

Game Assistant has bagged a massive upgrade in ColorOS 7 and can now be seen as a dedicated control center for Pro gamers. It now shows the CPU and GPU usage, an FPS counter, battery life, and signal strength alongside the host of toggles to block calls or notifications, record gameplay, and change your voice. It’s merely a swipe away and is accessible during most games.

The biggest addition to ColorOS 7 for Indian users comes in the form of DocVault. OPPO has partnered with Indian digital document issuing platform Digilocker to provide you a dedicated space to store digital versions of all your important documents, including PAN card, Aadhaar, driving license and more on your OPPO phone.

Once you start using DocVault, you won’t need to carry physical copies of documents to airports and can even use it to securely carry vehicle registration and insurance paper to escape exorbitant challans in India. 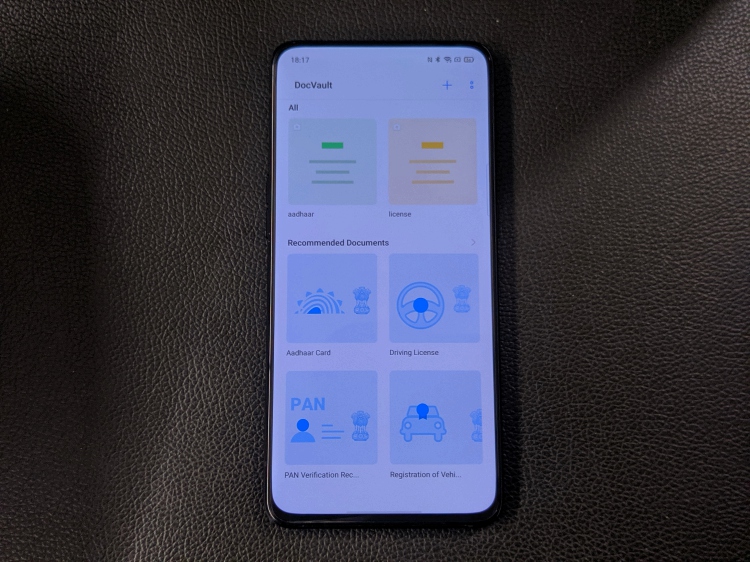 Apart from the DocVault, ColorOS 7 packs other India-specific features, including Music Party that lets you sync and play songs across many OPPO devices, Smart Assistant that delivers you bytes of information on swiping left from the home screen, and last but not least, there’s a Riding Mode in tow as well. All your calls and notifications will be muted while you are riding a vehicle, which is great.

On stage at the event, OPPO touted that the ColorOS 7 update roadmap is the “biggest update rollout plan” for the software skin in India. It will kick off with OPPO Reno and flagship Reno 10x Zoom in November and will reach a “total of 20 devices” by Q2 2020.

Comment down below your favorite feature from ColorOS 7. Mine obviously is Personal Information Protection as it keeps my data private and safeguards it against intruders.