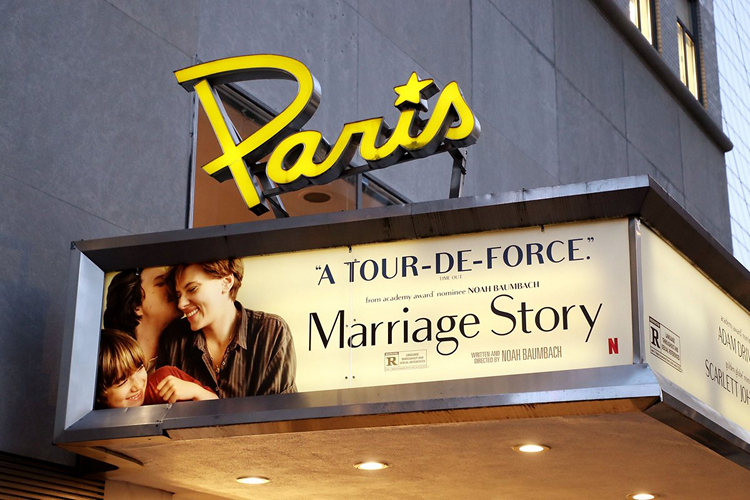 Netflix announced its plans to reopen New York City’s Paris Theatre to make it a “home for special Netflix events, screenings, and theatrical releases” earlier this week. The company said that it had signed a lease agreement to keep the theater open until an undisclosed timeline.

“After 71 years, the Paris Theatre has an enduring legacy, and remains the destination for a one-of-a kind movie-going experience. We are incredibly proud to preserve this historic New York institution so it can continue to be a cinematic home for film lovers.”, said Ted Sarandos, Netflix’s Chief Content Officer in a press release.

After closing earlier this year, The Paris — New York’s last single-screen theater — reopened for a limited run of MARRIAGE STORY. Now, the iconic theater will be kept open and become a home for special Netflix events, screenings, and theatrical releases. pic.twitter.com/fr82Oq2j8I

Notably, the theater was closed earlier this year and got opened for a limited time screening of Netflix Originals movie Marriage Story. For those unaware of the legacy of Paris Theatre, the theatre first opened in 1948 and showed French films. It screened some classic films including La Symphonie Pastorale, Franco Zeffirelli’s Romeo and Juliet, Claude Lelouch’s A Man And A Woman, and Marcello Mastroianni’s Divorce Italian Style.

By this reopening, Paris Theatre will reclaim its position to be the last single-screen theater in New York City. Incredible, isn’t it?

However, this is not the first attempt by Netflix to acquire a movie theatre. According to a report from Deadline, the company was in talks to gain control over Egyptian Theatre in Los Angeles.

I know a lot of us won’t be able to visit this iconic theatre anytime soon. However, what you can do is stream the rich library of Netflix right from your home. While you’re at it, do not forget to check out our curated list of movies and TV series to help you set the mood for a chilled weekend.