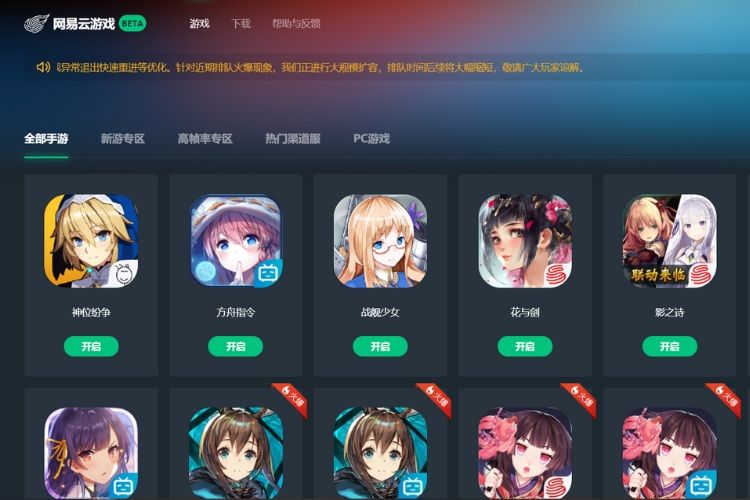 Cloud gaming is the next turf that technology giants are exploring to make it possible for users to stream games to their mobile or browser, just like Netflix. It’s designed to reach users who don’t have the hardware required for gaming. We have already seen Microsoft xCloud and Google Stadia bring PC, as well as console games to their streaming services. However, NetEase, the mobile gaming giant behind popular titles such as Knives Out and Creative Destruction, has now begun testing its mobile-focused cloud gaming service.

NetEase’s cloud gaming service first went live in November. It allows users to play mobile games without downloading all of the game’s content. They can play game titles within a browser window or via a dedicated cloud gaming app (available only for Android devices). The most important part, however, is that you will be able to play games even on a 4G network connection.

There’s a collection of 38 mobile games on NetEase’s cloud gaming service right now. This includes 20 NetEase titles, along with other popular titles like Tencent’s “Honour of Kings” and Bilibili’s “Fate/Grand Order” in the mix. Technode reports that there’s a long queue, with over 170 players waiting to play these titles.

As for the platform itself, we haven’t gotten a chance to check it out ourselves but users will be able to choose the graphics quality based on their Internet speeds. Now, most users would have never considered the idea of cloud mobile game streaming but it does sound like the best alternative for low-end device users. They have access to a good data connection but storage and memory woes make it difficult for them to play the graphics-intensive game titles on their devices. NetEase is looking to solve this problem with this game streaming service.

NetEase currently only supports mobile games but the company plans to add PC games to the service as well. There’s no ETA on when and what PC games will come to the gaming service but you can check all the existing titles right here. And my question to you is – Do you think we need a cloud-based mobile game streaming service as well? Do share your opinions with us in the comments below.