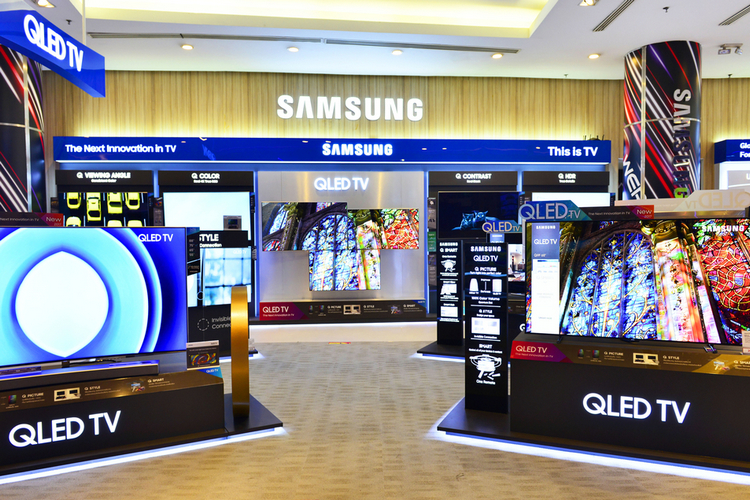 Samsung is reportedly planning to expand its smart TV portfolio by unveiling an audio-focused lineup at CES 2020 in Las Vegas, Nevada. According to South Korean publication, ET News, the new TVs will incorporate 3D sound that would make viewers feel more involved with the action. The TVs will apparently combine the photo-realism of premium 8K QLED display panels with the audio capabilities of high-end soundbars.

Quoting unnamed industry insiders, the report further claims that the company will very likely market the new lineup under the ‘Samsung Symphony’ brand, although, ‘Q-Symphony’ and ‘Samsung Q-Symphony’ are also said to be under consideration. According to the report, Samsung Electronics has recently applied for trademark rights on these names in South Korea and the US. The company is believed to have zoned in on the ‘Symphony’ branding to indicate the added emphasis on audio.

The report also reveals a few details about the upcoming devices, saying they will most likely have two separate speakers optimized for different sound ranges and frequencies. “The ultimate goal of (the) audio system is to play sound that is close to the original sound as much as possible”, said the report. To do that, Samsung engineers have reportedly found a way to incorporate the immersive qualities of built-in TV speakers with the frequency ranges of high-end soundbars.

According to one of the sources quoted by the report, “While Samsung Electronics’ strategy on its TVs has been focused on super-high quality, super-high quality sound will become a new topic starting from 2020”. Being the leader of the global television industry, Samsung’s change in strategy to focus on audio “will have (a) huge impact on the entire paradigm of premium TVs”, they said.