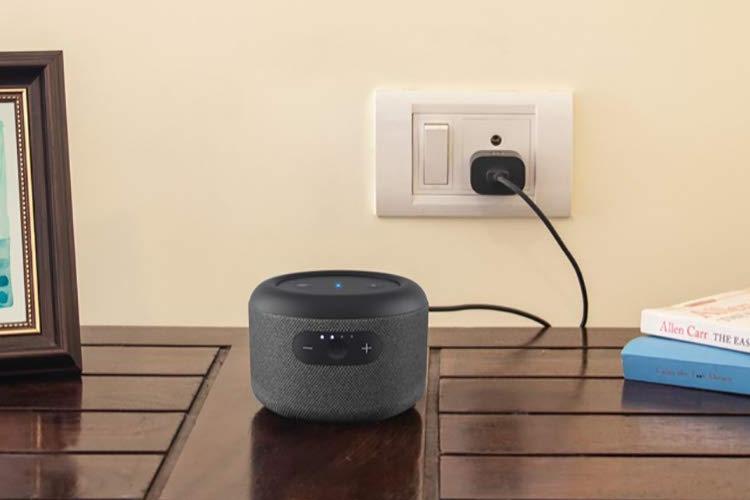 Amazon has expanded its Echo smart speaker portfolio in India by launching a new device that it says has been designed to deliver hands-free Alexa access on-the-move. Called the Echo Input Portable, the device is initially being launched exclusively in the India before eventually making its way to more regions around the world. It is currently on pre-order at Rs. 4,999 and, will be available for purchase from December 18.

The Echo Input Portable is a smaller, portable version of the Echo Input that the company had launched in the country last January. It comes with a fabric design and 360 degree sound. It has a 4,800mAh rechargeable battery that the company claims provides up to 10hrs of continuous music playback and up to 11hrs of stand-by time on a single charge. It also has 4 LED lights to indicate the battery level.

As one would expect from Echo devices, users will be able to issue Alexa voice commands for a number of different functions, including streaming music from Amazon Prime Music, Apple Music, JioSaavn and Gaana. One can also use voice commands to change the volume, control compatible smart home devices, answer questions, read the news, check the weather and more.

The Echo Input Portable is compatible with a whole bunch of smart home devices from Philips, Wipro, Syska, TP-Link and more. It also comes with multiple layers of privacy protections and controls, including a microphone off button that electronically disconnects the microphones. Alongside all of the above, it is also compatible with most of the Alexa skills, like booking a cab, ordering food, playing games and more.