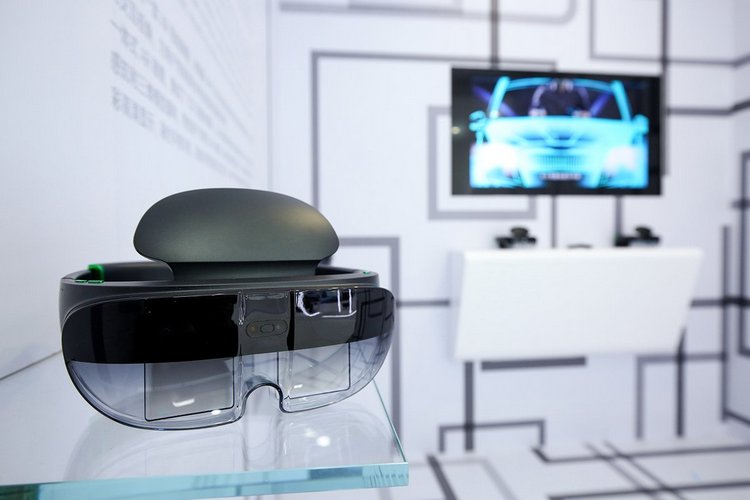 At its first Oppo Inno Day technology convention on Tuesday, the Chinese smartphone giant unveiled some cool new gadgets and revealed plans to launch some more in the coming weeks. Most of these devices will leverage 5G networks, which offer faster speeds and greater coverage at lower latency.

One of the most interesting new announcements at the the event is an AR headset that can communicate with computers, smartphones and other connected devices using 5G networks. The device comes with four image sensors, including two fisheye cameras, one HD camera and one Time-of-Flight (ToF) sensor. It also comes with a diffractive waveguide technology and 3D reconstruction to create interactive AR images, as seen in the demo below.

The AR glasses are also said to feature 3D surround sound to offer an immersive experience to all content on the company’s proposed AR platform that would offer games, videos and more. Unfortunately, though, there’s not ETA for the device just yet, with the company saying that it is still in the prototype stage.

Another interesting announcement was a 5G router that the company is calling a 5G CPE (consumer-premises equipment). Powered by Qualcomm’s Snapdragon X55 5G modem, the device supports Bluetooth, ZigBee and Z-Wave wireless technologies to act as a centralized hub for smart home devices. It works on both on SA and NSA networks and, will support thousands of IoT devices at launch. It will be available for purchase in Q1, 2020.

In a #5G world, more intelligent devices are connected to the network to share data and work collaboratively. As a solution, OPPO will introduce into its device family a new member: #OPPO5GCPE. #CreateBeyondBoundaries 🌐 pic.twitter.com/nNn2GoFy4O

Alongside the AR glasses and the 5G router, Oppo also announced plans to jump onto the IoT bandwagon with the launch of a whole host of smart devices, including smartwatches, smart TVs, smart speakers and more. The smartwatch, apparently, will be among the first to launch commercially, with Oppo vice president, Levin Liu, saying that it will be available for purchase in the first quarter of next year.

Alongside all of the above, Vivo also demoed its under-display camera technology that seems to be much-improved from what was initially shown-off earlier this year. According to media representatives at the event, you’d be hard pressed to spot it if you didn’t know for sure it was there. As can be seen from the video below, it also works fairly well by the looks of it.

Here is it in action. Thanks to @sisasaid for modeling the feature! pic.twitter.com/Wv2tU9yqlf