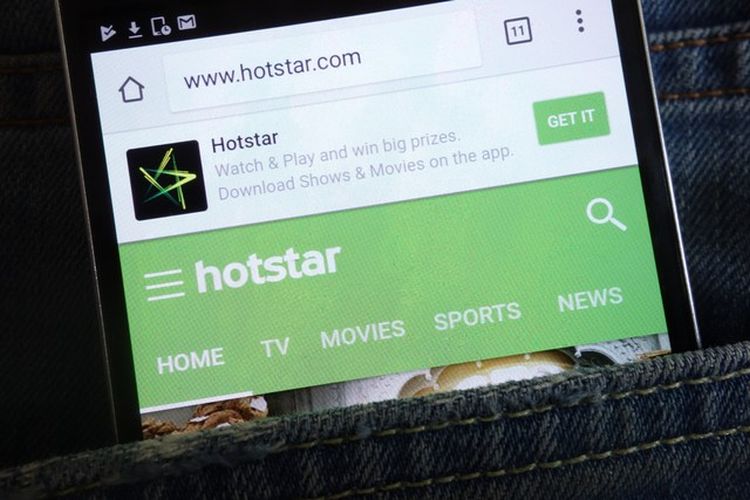 Streaming platform Hotstar said on Tuesday that it has registered two times growth in installs this year compared to 2018, leading to over 400 million downloads so far. While the platform’s reach during this year’s Indian Premier League (IPL) went past 300 million, 25.3 million live concurrent viewers watched the ICC World Cup semifinal between India and New Zealand, according to its ‘India Watch Report 2019’.

Hotstar said in terms of overall consumption, it registered three times growth this year as compared to 2018. “The accelerated growth of the Indian video entertainment ecosystem has had an unprecedented impact on the consumer”, Varun Narang, Executive Vice President and Chief Product Officer, Hotstar, said in a statement.

“Today, the Indian consumer enjoys a plethora of content to choose from, and it isn’t limited by gender or language. More importantly, this growing accessibility has opened doors to new thoughts and ideas that are shaping a stereotype-defying consumer”, Narang said.

Non-metros are outstripping metros in terms of video consumption and regional content has grown to account for 40 per cent of overall content consumption, said the report. As much as 63 percent of the total online entertainment consumption came from non-metros. Lucknow, Pune and Patna surpassed Hyderabad, Bengaluru and Kolkata in video consumption. In fact, Bigg Boss Tamil is the highest watched entertainment show, having beaten all the Hindi TV Shows, the Hotstar report revealed.

In 2019, men showed high affinity to family dramas with more than 40 percent viewers being men, breaking the long-held belief that such genres do not appeal to men. Meanwhile, women are also consuming more of their entertainment digitally, making up 45 per cent of the total entertainment consumption online, according to the report.