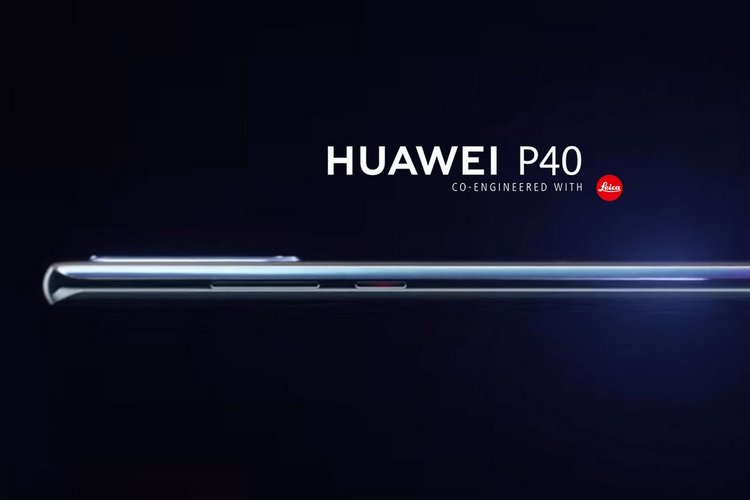 Huawei is expected to unveil its next flagship smartphones, the P40 and P40 Pro, early next year, and earlier leaks are believed to have already revealed some of its key tech specs. Now, a tipster has posted a leaked render (see above), supposedly of the upcoming smartphone, revealing that the device might ship with a large, protruding camera module on the back. It also shows what seems to be the volume rocker and the power button on the right.

Apart from that, the image also prominently displays the Leica branding, which suggests that the camera in the upcoming device will continue to have inputs from the famed German optics firm as part of a long-standing partnership between the two companies. The tipster, @RODENT950, doesn’t reveal much else for now, but we’ll surely get more details in the days ahead.

Earlier reports claimed to have revealed at least some of the key tech specs of the Huawei P40 Pro, including a 6.57-inch 2K curved OLED display with a 120Hz refresh rate and dual punch-holes for two selfie-cameras, one of which would apparently be an ultra-wide shooter. The phone is said to be powered by the Kirin 990 SoC with an integrated Balong 5000 5G modem.

The phone is also rumored to come with a 5,500mAh graphene battery that will be only 70 percent the size of a similar-capacity Li-ion unit. The device will also support 50W fast-charging that will allow the massive battery to be juiced up in just 45 minutes. Imaging options will reportedly include a Leica-engineered penta-cam setup led by a new 64MP Huawei-exclusive Sony sensor and supported by a 20MP ultra-wide camera, a 12 MP (Periscope) telephoto camera, a macro camera and a ToF sensor.

Do note that the aforementioned tech specs, as well as the latest leaked render, are yet to be corroborated as authentic by reliable sources, so take them with a pinch of salt for now. However, with the device expected to be officially announced in Q1, 2020, we might start getting more concrete details sooner rather than later.