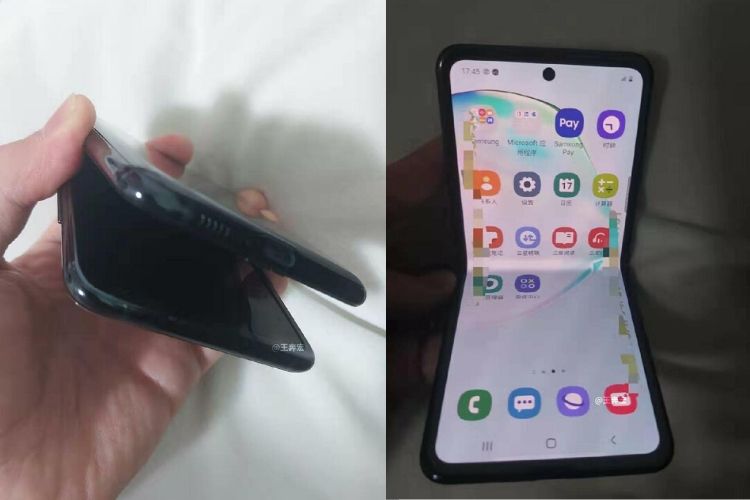 Foldables are one smartphone category that will catch heat in 2020. Most phone makers will introduce their own take on the foldable design (be it a clamshell or double fold) but we’re most excited to check out Samsung’s second-gen foldable phone — Galaxy Fold 2.

The Korean giant has been rumored to introduce a Motorola Razr-style clamshell design and make its foldable a lot more affordable with the second iteration. If today’s massive leak proves to be true, then we are certainly getting both. Chinese media has given us a first look at what seems to be the Galaxy Fold 2.

As you can see in the images attached here, Samsung is going with the clamshell design for Galaxy Fold 2. It looks exactly the same as the clamshell foldable concept that was shown off at Samsung’s SDC 2019 developer conference earlier this year. It sports a hinge down the middle and it looks like the Galaxy Fold 2 may fold in completely. It may not have a minimal crevice (as seen in the original Galaxy Fold) when the Fold is folded.

Before we take a closer look at the inside foldable screen (additional image below), let us quickly talk about what we find on the exterior. Galaxy Fold 2 will feature a dual-camera system alongwith what looks to be a mini OLED screen to display time, date, alarms or incoming notifications on the outside. You will most likely be able to see the caller details and reject calls from this miniature display. It will be your quick glance screen.

Opening up the Galaxy Fold 2 will reveal a design that Samsung is propagating across the board. You will find bigger bezels, which might be necessary to better protect the foldable display, and a centered punch-hole selfie camera. The screen appears to be a 21:9 panel, with equal bezels all-around and a new Ultra Thin Glass (UTG) flexible glass layer on top, as per the leaks. 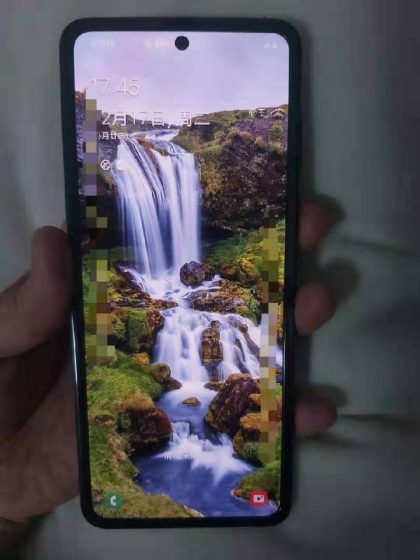 Samsung is rumored to launch the second-gen Galaxy Fold (or Galaxy Fold 2, as we refer to it) alongside the flagship Galaxy S11 lineup in February next year. The rumor mill also hints that the upcoming Fold device won’t be a flagship, but instead target the mid-range segment. It has long been rumored to be priced around the $1,000 mark and if it will bring 5G connectivity support then it will be powered by the newly launched Snapdragon 765 chipset.