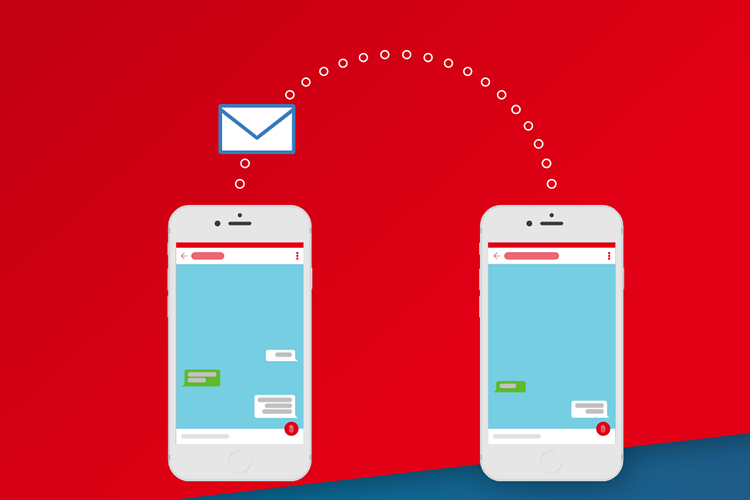 If you are someone who stays in an area where mobile network services get suspended by the government (over non-violent protests and fear of an uprising) or natural calamity hits rather frequently, then Bridgefy is an app you should not miss out on.

Bridgefy is a mobile app that lets you communicate with others without the need for an Internet connection. As for how it works, the app creates a peer-to-peer Bluetooth mesh network on your phone eliminating the need for mobile data services. The app directly connects with other devices within its range to make communication possible.

There are 3 modes in which the app functions – One-To-One, One-To-One Long Distance, and Broadcast mode. First up, the “one-to-one mode” lets you send messages between devices located within 330 feet (100 meters). It could come in handy to communicate a message to your neighbor during a disaster or help connect friends in a huge gathering.

In one-to-one long-distance mode, this range could potentially increase based on the number of devices present in between the sender and receiver, thanks to the app’s multi-hop capability. This feature sets Bridgefy apart from traditional mobile networks as more people use Bridgefy, the wider the network and range of the app become, unlike mobile networks where an increase in the number of users causes network congestion. You can see the range expands to 1,320 feet if five users are using the app at the location.

Finally, we have the Broadcast mode that allows you to send messages to anyone around you even if the recipient is not in your contact list. This feature works best to quickly communicate a piece of information to people around you – say in a protest or music concert.

It is worth noting that the app requires an active internet connection the first time you install it and setup Bridgefy on your phone. This is a one-time process and you will not need the internet to use the app henceforth. As you can see in the screenshot below, the app has a really simple UI and the setup process was a piece of cake. You could now easily write to your contacts if they have the app installed or broadcast messages to see whether anyone would reply back. 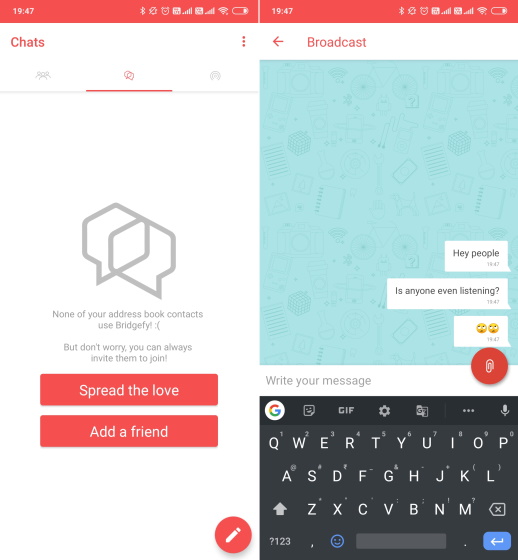 Now, if the app’s name sounds familiar, that may be because this is the same messaging app used by Hong Kong protestors to evade internet censorship imposed by China. And it has now started to gain popularity in India. It will make it possible for CAA (Citizenship Amendment Act) protestors to communicate with each other even when there’s an Internet shutdown – as was the case in some parts of New Delhi. All of the protestors are recommending Bridgefy on social media to keep communication channels open.

So, check out the app from the link below and let us know if you found this helpful in the comments section below.