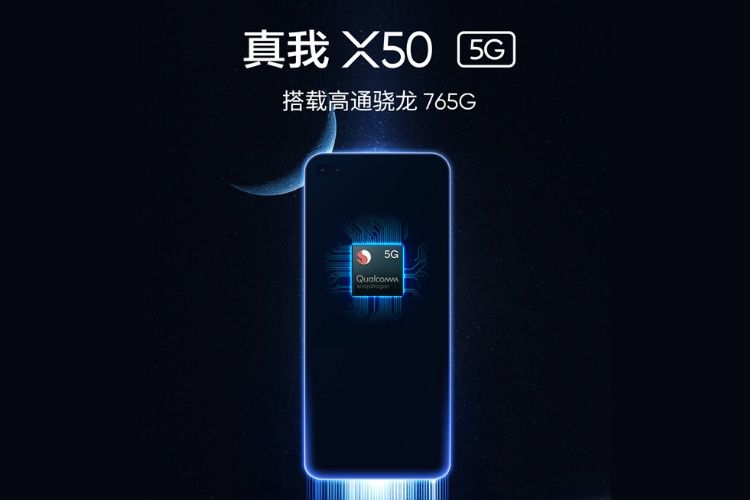 After teasing a slew of its features on social media for the past couple of weeks, Realme has confirmed the launch date for its first-ever 5G smartphone — the Realme X50 5G. It was first announced last month, post which the teaser revealing the chipset, 5G support, and other hardware-related specs.

In an official post on Weibo, Realme has announced that its Redmi K30 5G competitor is launching on January 7 in China. The teaser poster attached below cheekily gives us the users a first look at the Realme X50 5G. It doesn’t reveal what the device is going to look like, at least entirely, but it appears to be pretty sleek and slim. 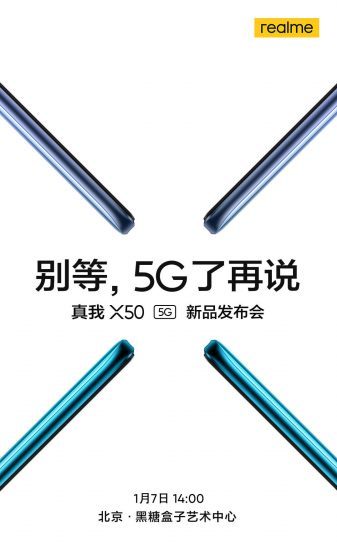 The Chinese giant has already revealed that the Realme X50 5G will be powered by the Snapdragon 765G platform, which is Qualcomm’s first-ever chip with an integrated 5G modem. It will arrive with support for both 5G standalone (SA) and non-standalone (NSA) sub-6GHz networks.

There’s a couple of other features that Realme has confirmed including the dual-camera punch-hole design (shown off in the first teaser), liquid cooling with an 8mm 410 cubic-meters diameter copper tube, and support for VOOC 4.0 charging (i.e 30W fast-charging). The display onboard is rumored to support 90Hz refresh rates and a quad-camera setup backed by the 64MP Samsung GW1 sensor we’ve seen on the Realme XT.

There’s a lot of details missing at the moment but we can expect to learn more about the Realme X50 5G in the coming days. The company should be excited to take the wraps off its first-ever 5G phone. It will share tidbits of information for its 5G phone in the coming days. So, are you excited for the launch of the Realme X50 5G? And do you expect it to launch in India? Share your thoughts in the comments below.