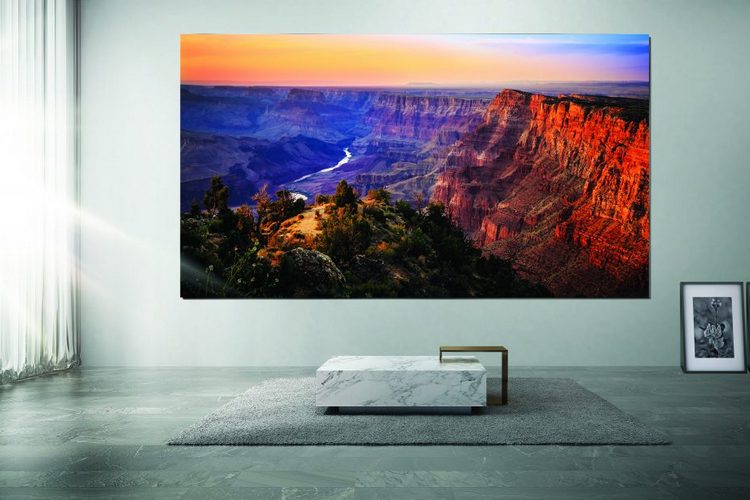 Samsung will be one of the many big-name tech companies at the CES 2020 in Las Vegas next week, where brands like LG and TCL are expected to showcase their products, and the President and CEO of the company’s Consumer Electronics Division, H.S. Kim, will deliver a keynote address at the Venetian Hotel on January 6. According to an official press release, the keynote address will focus on the role of AI-enabled connected devices, cutting-edge semi-conductor chipsets and the new opportunities that 5G networks are expected to offer.

While Samsung hasn’t revealed any more details, a new report out of South Korea suggests that the company might show off the world’s first “true Zero Bezel TV” that is said to have received the whole-hearted approval of Kim Hyun-seok, the leader of its consumer electronics operations. The report from The Elec further states that the technology is almost ready for primetime and is expected to enter mass production in February.

According to a developer who is said to have ‘worked closely with the project’, the device will be the first true bezel-less television that will eliminate all bezels in their entirety unlike other supposedly bezel-less offerings (such as the Huawei Vision TVs) that have only managed to reduce bezels rather than eliminate them completely. “Unlike other so-called ‘zero-bezel’ products that actually still had bezels, this product really doesn’t have a bezel. Samsung has become the first in the world to realize such an extreme design”.

The report further notes that the at least some people within the company have expressed their concerns about the structural integrity of the ‘true’ bezel-less TVs, so it will be interesting to see if Samsung engineers will sort any structural issues before rolling out the new product so as to avoid a repeat of the Galaxy Fold episode.