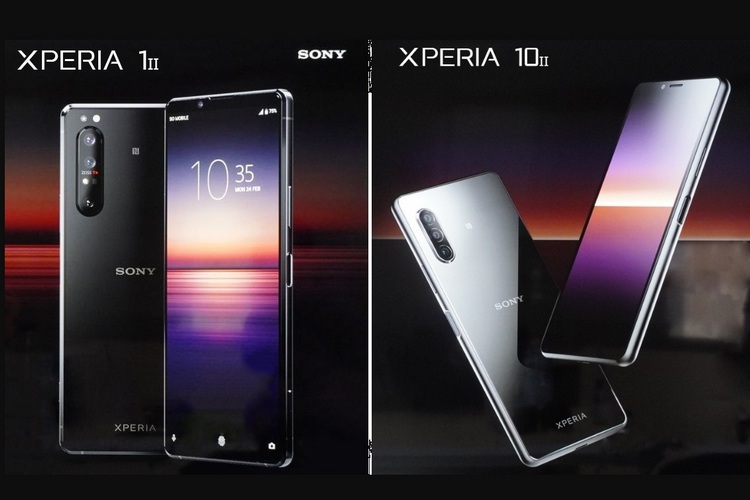 Sony’s smartphone business may not be in the pink of health, but the company doesn’t seem to be giving up on the sector any time soon. The Japanese tech giant is now prepping the launch of two new devices with an even more confusing naming scheme than earlier. According to a couple of tweets over the weekend by XDA writer, Max Weinbach, the two incoming devices will be named the Xperia 1 II and the Xperia 10 II, with the latter expected to be the company’s first 5G handset.

The Sony Xperia 1 II promises to be the next flagship smartphone from the company with 5G support for low- and mid-band networks, but without mmWave. It will feature a 6.5-inch 21:9 4K OLED display with ’90 Hz equivalent’ Motion Blur Reduction, although, it’s not immediately clear as to what that entails. The images also suggest that the device will ship with the Snapdragon 865 processor, 8 GB of RAM and up to 256 GB of storage.

Imaging options will include a triple 12MP camera setup with Zeiss optics alongside a 3D ToF sensor at the back and an 8MP camera at the front. The device will apparently retain the 3.5mm audio jack and support Dolby Atmos / Hi-res audio. It will also have a 4,000mAh battery with support for wireless charging. It will have an IP65/68 rating denoting water and dust resistance, and will be available in Black and Purple color options.

The second phone in the pipeline from Sony would be more a mid-range device in terms of its specs, but given Sony’s pricing scheme, it might still cost you an arm and a leg. Expected to be an upgrade over last year’s Xperia 10, the device, as per the image posted by Weinbach, will feature a 6-inch 21:9 FHD+ OLED display with Video Image Stabilization. It will be powered by the Snapdragon 665 SoC, which means it will still only offer 4G connectivity. It will also come with 4GB of RAM and up to 128GB of ROM.

Imaging options will include a 12MP+8MP+8MP triple-cam setup at the back and an 8MP selfie-cam upfront. Like the Xperia 1 II, the Xperia 10 II will also retain the 3.5mm audio jack. It will also have an inbuilt LDAC and Sony’s proprietary sound technologies. The device will ship with a 3,600mAh battery and have an IP65/68 rating like its more premium stable-mate.