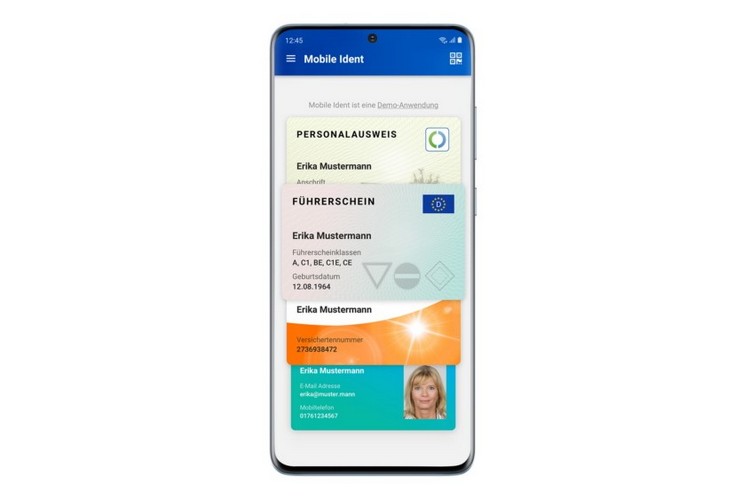 As we move deeper and deeper into the digital era, smartphones are becoming an essential part of our lives. These hand-held devices have already replaced many of our daily-use items like a notepad or a calculator. Now, Samsung is trying to replace the official government IDs with their Galaxy S20 smartphones.

The Seoul-based company recently announced that they have partnered with the German Federal Office for Information Security (BSI), Bundesdruckerei (bdr), and Deutsch Telekom Security GmbH to make its Galaxy S20 series of smartphones an official government ID for the German citizens.

So now, German citizens who have a Galaxy S20 can easily sign up for the eID program that the country offers to replace physical identity proofs with digital versions of them.

To sign up for the program, the S20 users just need to tap their device on the NFC-enabled physical IDs and enter a PIN. As soon as they do that, the information will go directly to the authorities for the authentication process. After successful authentication, the users can use their Galaxy devices to open bank accounts or show it to authorities when asked for ID.

Now, amidst all the security concerns, this has been possible thanks to Samsung’s new Secure Elements (eSE) chip that comes embedded in the Galaxy S20 series smartphones. According to Samsung, the eSE, which is the company’s dedicated security chip, currently provides the highest level of security in the smartphone industry.

Moreover, Samsung’s security solution also complies with the EU eIDAS Regulations. This is essentially a set of rules that are to be followed to allow citizens of nations under the EU to use their eIDs or electronic IDs, instead of the physical ones like passports, in other countries.

Now, Samsung is not the only company that is trying to normalize the use of electronic IDs in countries. According to previous reports, Apple has also been working hard, for quite some time now, to replace physical official government IDs with their devices.

However, it seems like Samsung’s solution will be implemented first as Germany is already preparing to start allowing its citizens to use the Galaxy S20 series smartphones as official government IDs in the country.