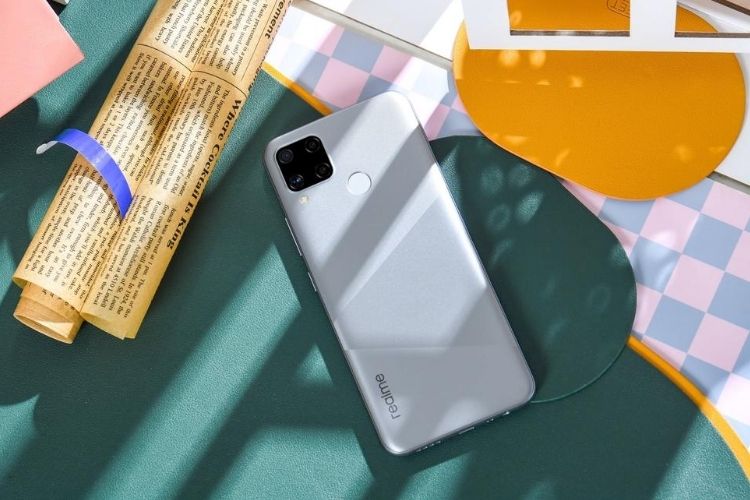 After the Realme C3 and Realme C11, the company has added yet another smartphone to its entry-level C-series. The Realme C15, as promised, has gone official in Indonesia with the MediaTek Helio G35 chipset in tow. It also includes a quad-camera system, a whopping 6,000mAh battery pack, and more.

Realme C15 features a design similar to the recently unveiled Realme C11, which has a square camera module on the rear. It includes a 6.52-inch HD+ IPS LCD display with a 20:9 aspect ratio and 1600 x 720 pixels resolution. There’s a waterdrop notch at the top and it houses an 8MP selfie camera. There’s a physical fingerprint sensor on the rear.

Under the hood, Realme C15 is powered by the Helio G35 chipset – the same as the Realme C11. There’s also up to 4GB of RAM and up to 128GB of built-in storage, which is expandable up to up to 256GB with a microSD card. It runs Android 10-based Realme UI out-of-the-box. 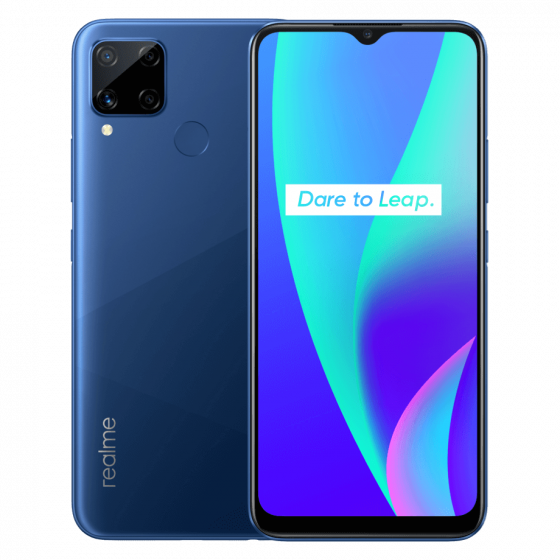 You get a quad-camera system on the rear, which is helmed by a 13MP (f/2.2) primary sensor. This is coupled with an 8MP ultra-wide camera with a 119-degree FOV, a 2MP depth sensor, and a 2MP macro camera.

Realme C15 comes equipped with a 6,000mAh battery and that’s the biggest battery that the company has ever baked into a smartphone. It is coupled with 18W fast-charging via the microUSB port onboard. There’s a 3.5mm headphone jack, WiFi 802.11 b/g/n (only 2.4GHz support), and Bluetooth 5 support to round up the kitty.

The smartphone comes in 2 color variants, namely Marine Blue & Seagull Silver. The company organized a Hate-to-Wait sale in Indonesia today. We can expect Realme to bring this phone to India very soon.