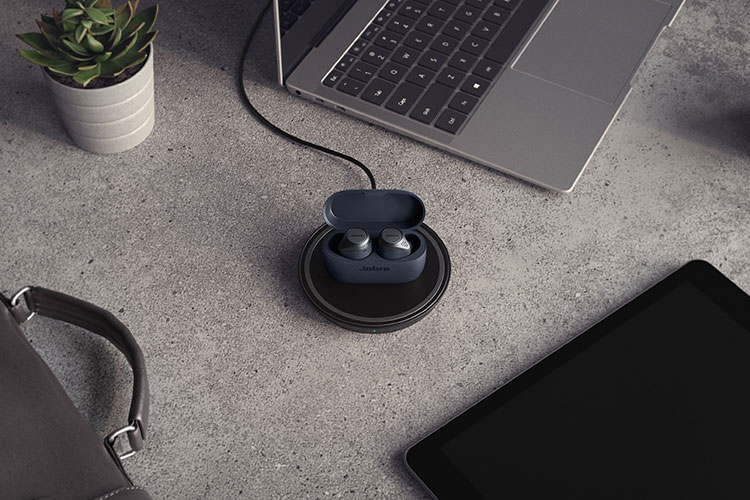 The earbuds are aimed at users with active lifestyles, hence the ‘Active’ in the name. As such, they come with IP57 water resistance rating, and a 2 year warranty against dust and sweat.

This time around, the Elite Active 75t also feature wireless charging support. That means you can just put the case on a wireless charging pad and charge the earphones. This isn’t new, obviously, and earphones like the Galaxy Buds, and AirPods Pro have had this feature for a long time. However, if you’re a Jabra fan, this is likely great news for you.

The new colour, from what I can tell, is the Mint option this time around. That might work out great for anyone who likes the colour, or for anyone with a similarly coloured smartphone who wants a pair of earphones that match.

In other features, the Elite Active 75t boast of a 7.5 hour battery life on a charge, which goes up to 28 hours with the included charging case. That’s considerably good. The earphones also come with four microphones for better voice clarity during calls. Moreover, you get one tap access to Google Assistant or Siri.

Before you finalise what colour you want, there are some restrictions. The Mint colour is only available in the non wireless charging variant that’s priced at Rs. 16,999. If you want wireless charging, colour options are limited to Navy, for Rs. 17,999.

The earphones will go on sale during Amazon’s Prime Day sales in India, on August 6 2020. So, if you’re interested in grabbing a pair, that’s when you need to go ahead and buy them from Amazon India.