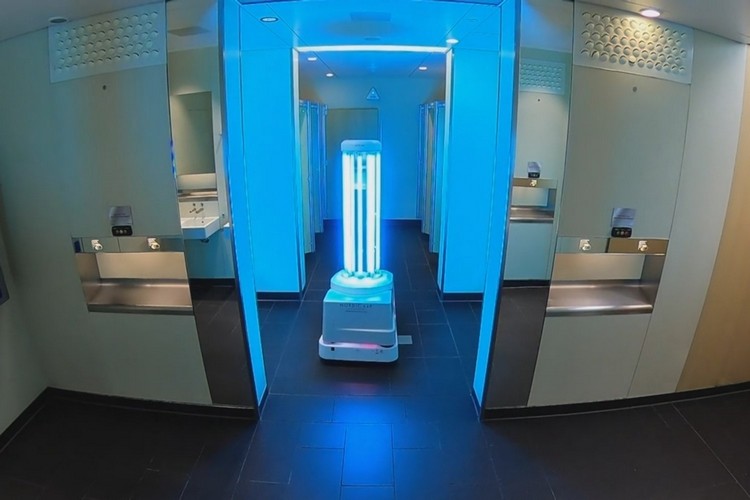 The Coronavirus-led pandemic has forced several nations of the world to take heavy safety measures to protect its citizens. Amongst these countries, we have seen some big steps taken in the UK to reduce the spread of the virus and try to get back to normal again. The government converted their Parliament, for the first time, into a video conferencing hub earlier this year. Now, the airport authorities of London’s Heathrow airport have deployed UV-C robots to keep the public place safe for the few passengers who are traveling.

Developed by a venture capital named Nordic Eye, the UV-C robots used to kill harmful air pollutants in hospitals previously. However, in the wake of the Coronavirus pandemic, these robots are now surveying each terminal of the Heathrow Airport and killing off deadly viruses and pathogens in its way.

According to Heath Williams, the CEO of Nordic Eye, the robot can clean an area of 18,000 sq. mt. in just two-and-a-half hours time.

How Do They Work?

Now, as we can tell, much like the phone-cleaning devices, the robot uses the powerful UV-C light to kill the microorganisms. In fact, when the robot is in work, there can be no people around it as the UV-C rays can damage human eyes. So, the robots need to work in an area where nobody’s around at the time of their work.

The robots are completely automated and come with an array of sensors including a vibration and motion sensor that detects any presence around it. So, these sensors come into play when someone unexpectedly comes near the robots while the lights are on. In this case, the robot will immediately turn it off.

So, much like the move to install air-cleaning devices in buses, the deployment of these robots is to make public transportation normal again. According to the report, apart from these robots, the airport authorities have also installed temperature checks for passengers and anti-viral wraps for escalators.