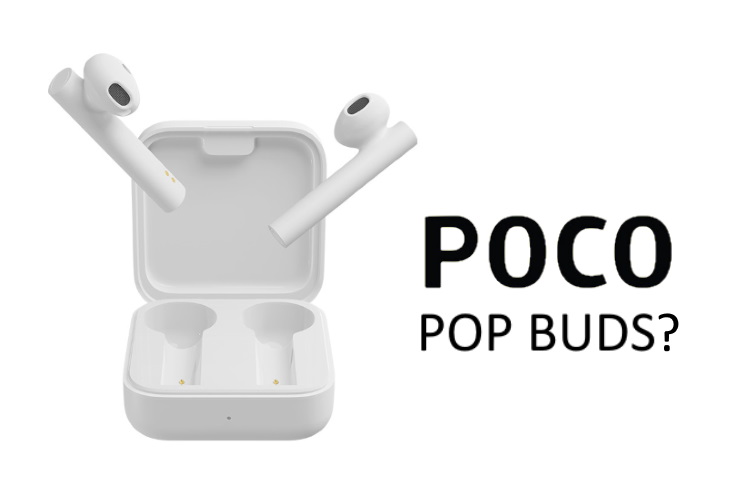 Poco has only launched the Poco X2 in India since its pivot to an independent identity earlier this year. The company debuted its newest flagship, the Poco F2 Pro, in Europe last month. This device is expected to find its way to India very soon but the company also plans to launch its first-ever truly wireless earbuds – presumably along with the Poco F2 Pro.

Poco has been talking up the arrival of its TWS earbuds for a couple of months now. The earbuds’ launch appears to be right around the corner as the company recently took to Twitter to crowdsource its name. And today, Poco India GM C Manmohan confirmed that Poco Pop Buds will be the official name of the company’s upcoming TWS earbuds.

POCO Pop Buds it is! Thanks a lot for the vote. Really appreciate everyone’s contribution here. https://t.co/imGtkS1nzi

For those unaware, Poco ran a poll on Twitter on Monday to decided on the name of the TWS earbuds. From among the four choices, Poco Pop Buds has earned the most votes (42.4%) to make the final cut. It’s great to see something outrageous like “Poco Funkz” not make the cut. Though it still comes in at a close second position with over 27% votes. A total of 21,416 users were part of this christening ritual.

What do we expect from the Poco Pop Buds? Well, Mi True Wireless Earphones 2 have already landed in India and Redmi AirDots S is also making a debut later this month. So, it’s safe to assume that the recently launched Mi AirDots 2 SE will be rebranded to Poco Pop Buds in India. It will be a pleasant surprise if Poco launches original design TWS earbuds but that will most likely not be the case.

The Mi AirDots 2 SE launched in China for 169 yuan, roughly around Rs. 1,799 earlier this month. The earbuds feature 14.2mm dynamic drivers, dual-microphones for ENC, semi in-ear design, and touch controls to play/pause music and answer calls. They will offer up to a total of 20 hours of music playback, thanks to the bigger case.

We expect Poco to announce the official launch date for the Poco Pop Buds, along with its much-waited Poco F1 successor, in the coming days. So, stay tuned for more exciting updates.