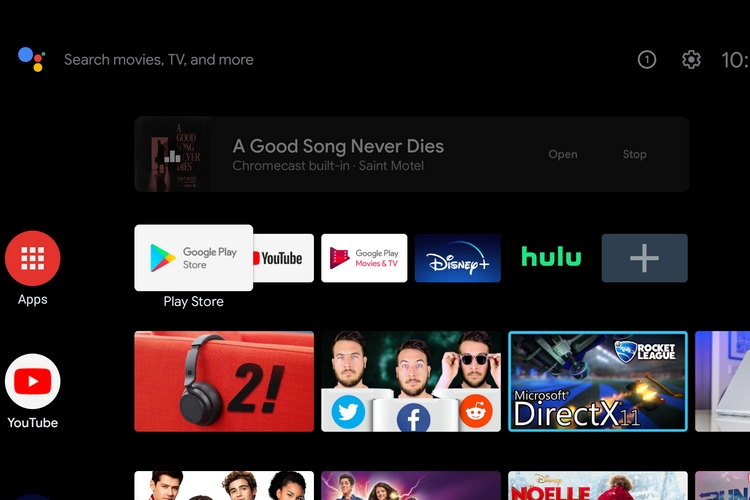 One of the convenient features of Android TVs is the native support for Google’s Chromecast. The Chromecast built-in app has reportedly gained a new update that brings background audio streaming.

As 9to5Google reports, you can now play media from streaming services like Spotify or YouTube Music and continue using the TV while the music continues to play in the background.

For instance, consider you’re planning to watch a movie and you’re not entirely sure about which one to choose. With this update, you can conveniently scroll through the seemingly infinite list of movie titles while vibing to some mellow tunes.

The ability to play music on Android TV isn’t entirely new, though. Spotify’s app for Android TV has had the feature for quite a while now. This update, however, expands the scope of the feature to other apps.

When the media is playing in the background, Android TV offers two quick controls namely Open and Stop, along with the track’s album art, title, and artist. The Open button takes you back to the app while the Stop button ends the playback.

The audio playback continues until you start another media from the second app. As 9to5Google points out, Play Movies and Disney+ allow the music to continue playing in the background while Hulu doesn’t.

That said, it is worth noting that video content being cast will stop as soon as you come outside of it. In other words, you can’t possibly run TV shows as a source of background noise while you’re exploring something else on the TV.

In case you’re not seeing the feature on your Android TV, you may consider enrolling in Chromecast built-in app’s beta program.