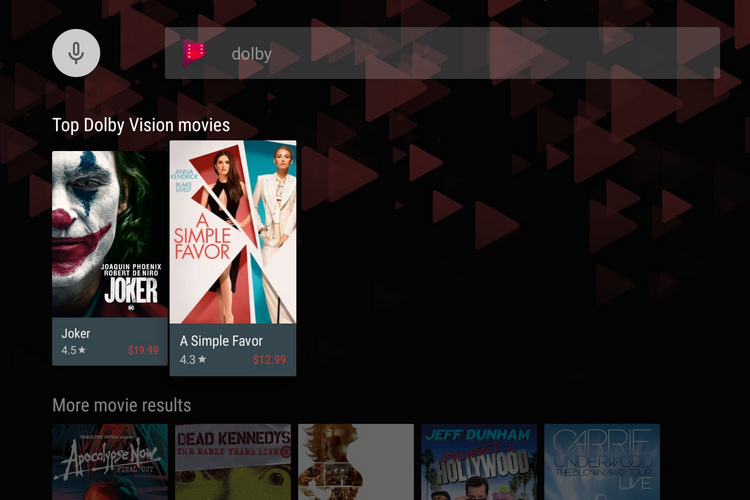 It is worth noting that Google, earlier this year, announced plans to add 4K HDR10+ support in Play Movies. So it is a bit surprising to see the company add Dolby Vision support before bringing HDR10+ to the platform. Either way, Google Play Movies is not the first streaming platform to offer support for Dolby Vision. Apple TV and Vudu have been offering movies in the format for a while now. Apple, in fact, offers as many as 616 titles with support for Dolby Vision on its streaming platform.

It’s worth noting that Dolby Vision is the clear leader in the dynamic metadata HDR format war against HDR 10+. Two of three founding members of the HDR10+ organization, Panasonic and 20th Century Fox, ditched the format in favor of Dolby Vision recently. However, HDR10+ has also gained some new members of late. Smartphone vendors, Xiaomi Oppo and OnePlus, have all announced plans to incorporate the technology in their phones going forward. Brands like Onkyo and Pioneer also plan to offer the new technology, presumably through their AV receivers.