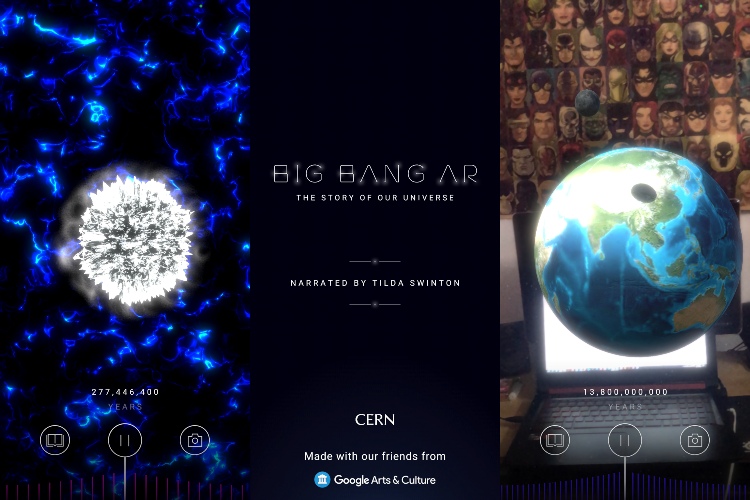 I don’t know if it happens to you guys or not, but I sometimes randomly start to think about space stuff! Like, how did we all come into beings? What was there when there was nothing? The usual thoughts (right?). So, last day, scrolling through the App Store, I found this super cool AR app that shows the creation of our universe entirely through the lens of the smartphone camera. It uses augmented reality (AR) to show the “Big Bang” and how the universe and our solar system came into being.

So, the app is called “Big Bang AR” and is developed by CERN, the European Organization for Nuclear Research in collaboration with Google Arts & Culture. So, I downloaded the app on my iPhone X and I simply loved the concept of interactive AR experience combined with amazing visuals in the real world.

Watch As the Universe Gets Created in Your Room

Now, as soon as you open the app, you will hear the soothing voice of Golden Globe Award-nominated actress, Tilda Swinton telling you what you are about to experience. So, before you start your exploration, do not forget to plug-in your headphones for the amazing sound experience.

After the introduction, the app will automatically open up the camera (after your approval of the necessary permissions). Now, the app will tell you to bring out your hands, make a fist, and slowly open it up to start the creation of the universe. So, it all starts in the palm of your hands! 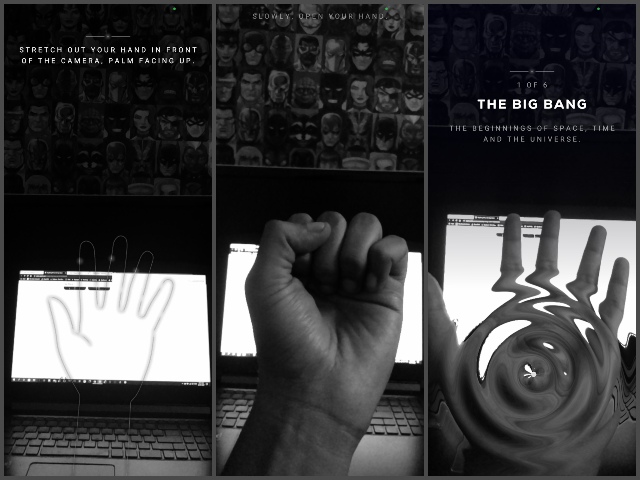 Now, following the beginning, the app will take you through an amazing journey through stunning visuals of stars, interactive elements floating in space, and very realistic sound effects. 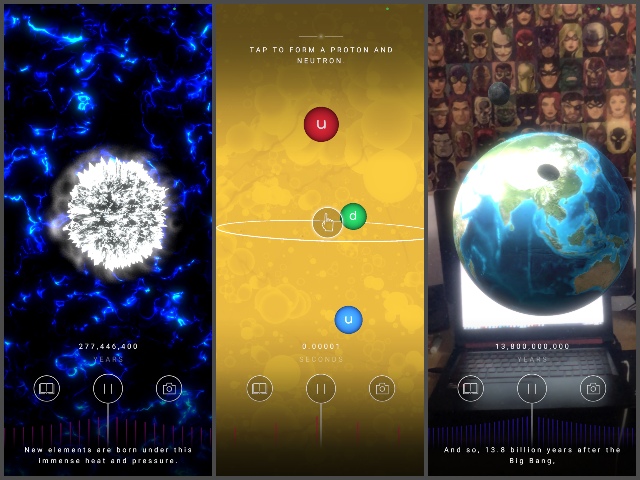 It has 6 parts, each showing the important phases of our universe and how we all came into being from the “Big Bang” 13.8 billion years ago to the present time.

In fact, according to the scientists of CERN, we are all made up of the same elements as the stars floating in our universe. So, at the end of the 6-part series, the app also lets you take a #StarSelfie. 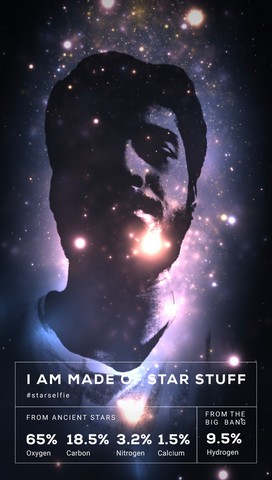 So, if you are a space enthusiast and or just curious about the space, then you should definitely check this app out.