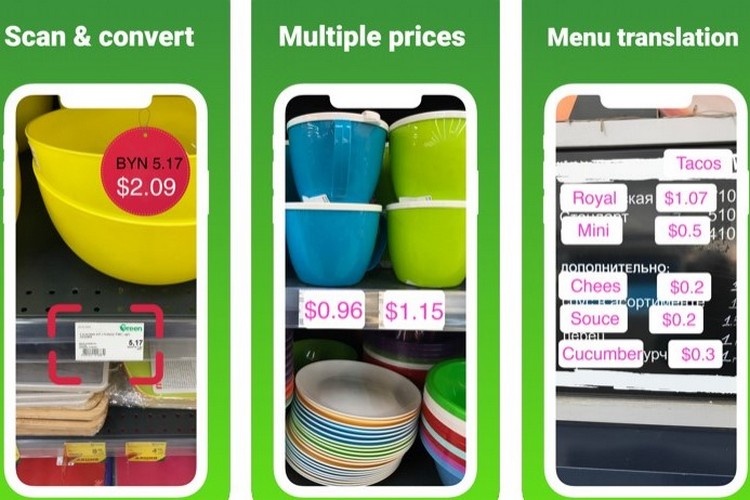 Since the evolution of augmented reality, we have seen the use of the tech in various apps. We have seen the use of AR in the popular go-out-to-play game, Pokemon GO. Apart from this, there are apps that can put digital objects in the real world using the said technology and we have also seen an app that can copy and paste real-life texts and objects using AR. Now, I have found another cool AR app that can convert currencies in real-time and shows the results using AR.

Developed by a man named Aliaksandr Khatiashou (u/sashaxot), the “GPrice” app is a pretty useful AR app that can convert currencies in real-time and show the results right there in the real world. I found the app while browsing through Reddit when I saw the developer share a post (below) about it on the r/augmentedreality subreddit.

Point Your Camera and Convert Currencies

So, I downloaded the app on my iPhone X and it came for around 74.5 MB for my device. To be honest, at first, I was kind of skeptical about the app’s recognizing abilities. However, I was happy to find out that it works better than I expected.

Now, coming to features of “GPrice”, the app can recognize and convert prices of everyday items. When you launch the app, it directly opens up the camera of your device along with a red box-marker in the middle.

So, to test it out, first I set the preferred currencies by tapping the button on the top-left corner of the screen (picture below).

According to the developer, “GPrice” has the ability to convert 160 currencies from all over the world including INR, USD, AED, and many more.

After setting the currency, I took a pack of UNO cards and pointed my camera at the price of the product. After a couple of failed results, the app was able to successfully convert the amount to USD and show the result in AR.

Apart from converting the price of a single product, “GPrice” can also recognize and convert the prices of multiple products at once. It can even convert prices of food items from a menu card in real-time and show the results right next to the original prices. 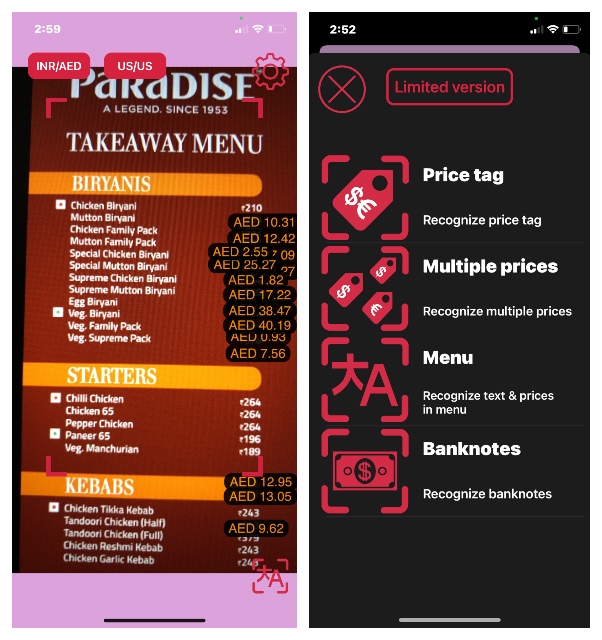 The app is available for iOS devices only and you can get it from the App Store for free. However, to unlock its full potential, you can subscribe to its in-app subscription service for Rs 249/month or Rs 2199/year.