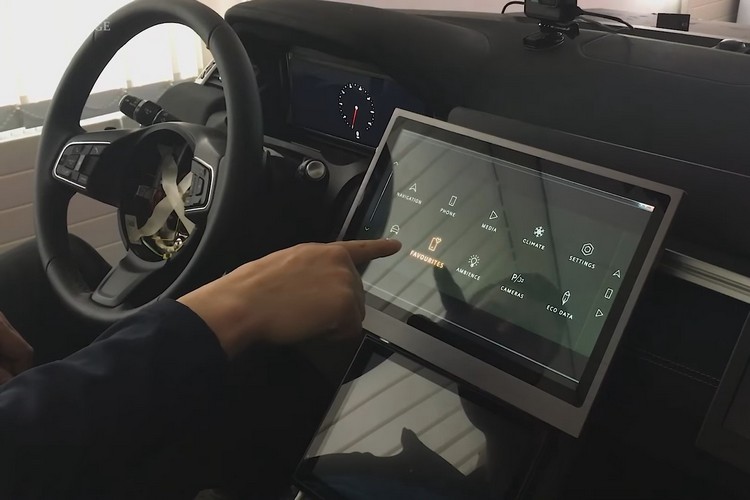 We have seen a lot of car manufacturers working to improve the infotainment systems in their cars to improve the driving experience as well as road safety. Honda even took it up a notch by bringing Android Auto to their Gold Wing bikes earlier this year. Now, according to recent reports, Jaguar Land Rover in collaboration with Cambridge University have developed a “no-touch touchscreen” for their car infotainment system.

Researchers of the car company and researchers from Cambridge University came together to create the no-touch touchscreen system using an AI algorithm. They developed this system to reduce physical interactions with the car, especially in these times of ongoing crisis. According to the researchers, the system will also help to improve road safety.

How Does It Work?

Now, coming to the working of the system, the “no-touch touchscreen” uses a gesture tracker that works with an array of other sensors to let users hover their finger over an area of a touchscreen to interact with it. For the tracker, the system uses either vision-based or a radio frequency-based sensors that use various other factors like eye-tracking, contextual information to detect and recognize which buttons or area of the screen you are pointing at. There is an official YouTube video showcasing the tech which you can watch right below.

Coming to the gesture tracking technology, it is not at all new in the market. Many companies, including Apple, are working on the tech for several years now. However, this application of the technology seems to be the first in the car industry.

Tests of this “no-touch touchscreen” have already been conducted by the researchers. It showed that this system could reduce the time of drivers interacting with their infotainment system to half. However, it still won’t cancel out the fact that drivers need to see the screen for interacting with it.