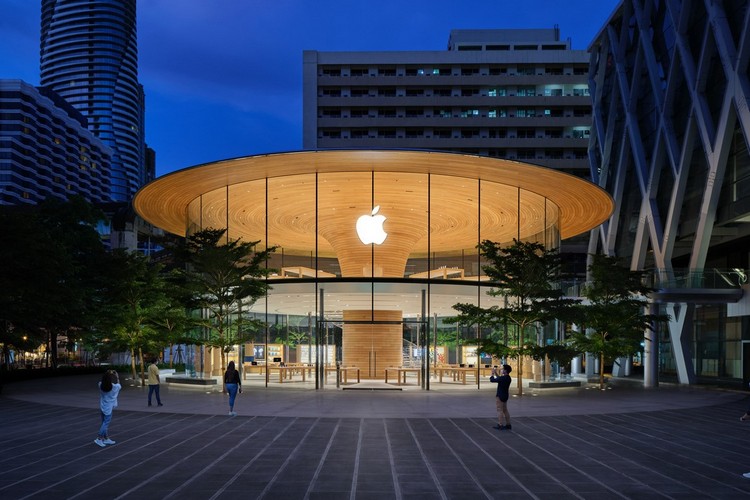 Since its inception back in April 1976, Apple has grown to become one of the biggest and most popular tech giants in the industry. However, what many people do not know is that the Cupertino-based tech giant was one of the first companies to come up with the idea of an open retail store for the consumers to experience its products first-hand. Today, the company has thousands of amazingly designed stores all over the world. Now, the company recently opened the first-ever all-glass Apple Store in Bangkok.

Apple announced the opening of the Apple Central World, its second first-party store in Thailand, with an official blog post. The specialty of this store is that the entire building is made of glass and “housed under a cantilevered Tree Canopy roof”.

An All-Glass Two-Tier Building With All the Apple Perks

Now, the new Apple Store is located “in the heart of Ratchaprasong, Bangkok’s iconic intersection”. It will feature two levels connected with a spiral staircase wrapped around around a massive timber core. Consumers can enter the store via entry points in both the levels of the store. There is also an outdoor plaza with benches and large Terminalia for the guests to gather, sit, and chat. 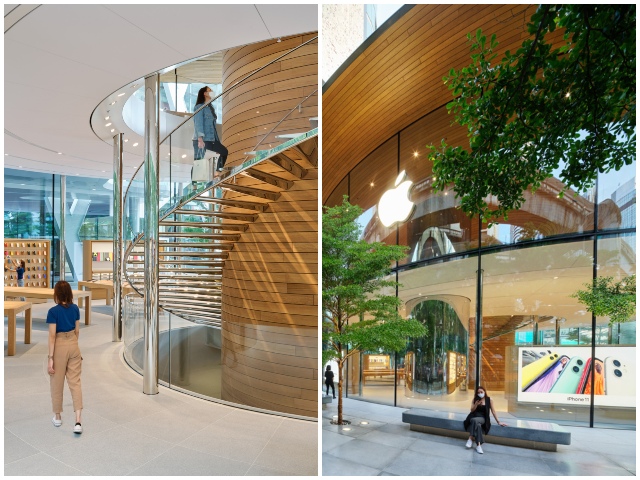 According to the blog post, the Apple Central World has all the latest features of a modern Apple Store. It has a Forum, which is to host “Today at Apple” sessions with some of Bangkok’s talented musicians, singers, and artists. And then there is a Boardroom in which the Apple Team will meet with local entrepreneurs and developers to personally guide them and provide valuable advice. 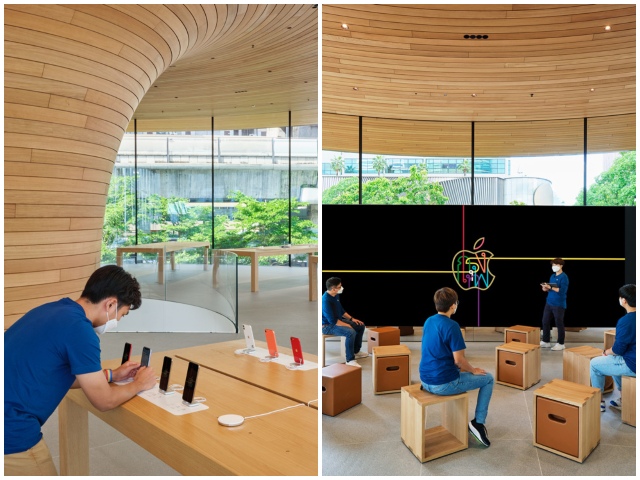 Now, to ensure the safety of the guests and the 130 new staff members in the store, Apple has taken some strict measures. Firstly, guests need to book an appointment via Apple’s official website in Thailand for entering the Apple Central World. And secondly, the capacity of the store will be a limit for the number of guests inside the store. So, this means that the customers may experience wait times before entering the store.