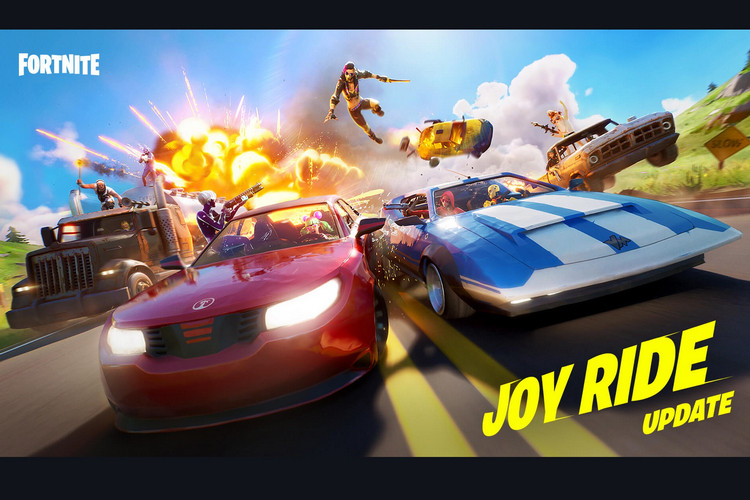 Epic Games has finally rolled out the Joy Ride update to Fortnite, handing you the license to drive a whole bunch of cars on the island. The update (v13.4) allows players to snag a ride with their squad to survive the storm. “As long as the car isn’t booted, the keys are already in the ignition”, said Epic in its press release.

The available vehicles include a compact sedan called the Islander Prevalent, a Mustang Shelby GT-inspired muscle car called Victory Motors Whiplash, a pickup named OG Bear and a Big Rig dubbed Titano Mudflap. To keep these gas-guzzlers running, they need to be filled up every now and again (some more so than others). If you run out of gas and can’t find a nearby gas station, you can use one of the throwable gas cans scattered around the Island. These will then need to be filled-up at the next gas station.

The update also brings all-new radio stations that can blast music from a number of top-tier musicians. According to Fortnite leakster, @StormLeak, the artists include Lady Gaga, Dua Lipa, Drake, Ariana Grande, Cardi B, Ed Sheeran and Justin Beiber, among others.

Here you have a List of all current songs that are currently in Fortnite! 🎵 https://t.co/z9RsPsl7rg

(I’ll be updating this constantly)

Fortnite rolled out its Season 3 update just a few weeks ago, flooding the island with a ton of water. With the island all flooded, players had to ride sharks as a means of transportation. The waters, however, receded with time, opening up new areas to explore. Areas like The Grotto started off submerged, but things got back to relative normality as the season progressed. You can start playing Fortnite right now on PC, Xbox, PS4, Mac, iOS and Android devices.